Natural African hair has always been fascinating. The beautiful hairstyles of locks, braids and cornrows we see everywhere today are amazing. Just when you thought, you have seen it all you get another dazzling piece of creative hair art coming. The styling possibilities are endless and make you wonder about the roots. It makes you wonder about history and authentic hairstyling.

Reading about Mama Pansa in “Tenderheaded” made me proud. She was a maroon who braided rice seeds in her hair so her people would survive no matter where they settled.Mama Pansa was from Suriname, a country in South America in the middle of the Guyana’s, my home country. I could not help smiling when I read about hairstyles like “come this evening” from the maroons of Suriname, in the same book. I think it should have been “meet me on thecorner” because there is a famous head wrap with this name. It still made me proud though and it even inspired me to dig a little deeper into history. So when I had the chance to promote my book on Natural Afrikan Hair care in my home country, I took the opportunity to organize a happy hair day. This day had to be a celebration of Natural African hair. More than just a lecture about hair care, it had to be about history and hairstyles. 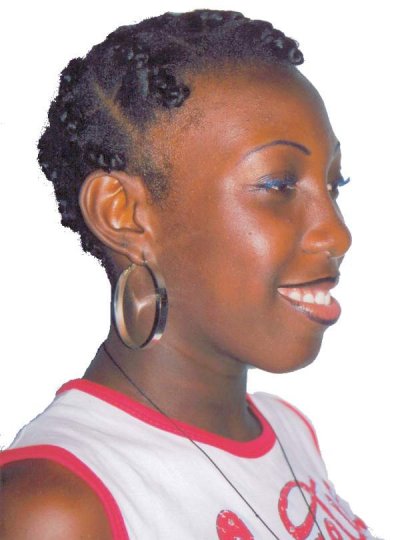 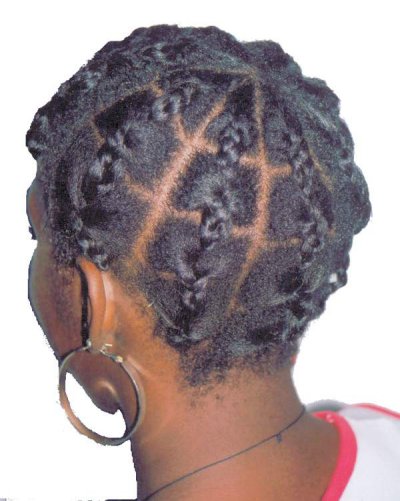 Organizing this event not only offered me a chance to talk to people about their hair, it also gave me an excuse to look at people’s hairstyles openly. It was an inspiration to see more women wearing their hair natural then I could remember, in all kinds of creative hairstyles. Most of them inspired by America’s hip-hop culture but many had their own special Afro-Surinamese touch.Then, there is a remarkable difference of styles worn by women from maroon descent. Not only are the styles different, the hair itself seems different as well. Their hair has always been natural which makes all the difference, the hair has a pure look to it; it looks healthy, beautiful and thick. The styling is different because their culture is different.

Slavery in Suriname started in 1667 and lasted until 1863. Run away slaves developed their own culture in the deep tropical rainforest of Suriname. Not only is this, a collection of several African cultures, it probably also is the best well-kept original African culture in theAfro-Atlantic. To survive the maroons had no choice but to live in closed communities, faraway from the plantations, deep into ancient forest. Contacts with the world outside were too few to influence the development of a new collective Afrikan culture. The beautyin this tragic slavery history is the culture and it’s hairstyles thathave prevailed. 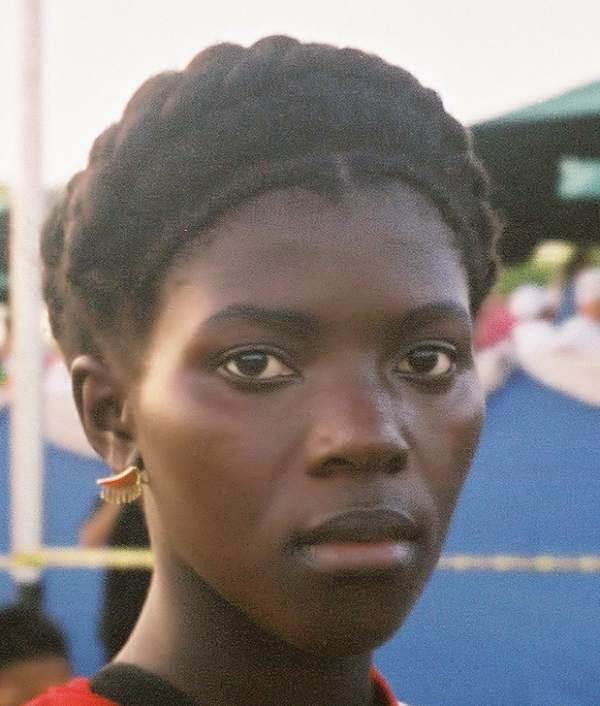 Although the majority of women of maroon descent still wear their hair natural, press comb and relaxers did make their way into their culture. Mostly by women who leave their villages for a career in the city as they return with the so-called modern hairstyles. These women are seen as the educated, sophisticated ones who made it in the big city. Some of them who have never left the village look up to them and want to copy their hairstyles. The majority still wears natural hair because many of them cannot afford chemical hairdressing. Many also go back to natural hairstyling because Afro-Ethnic hairstyles are in fashion nowadays. For them it is very easy to maintain and cheaper too.

The Afro-Ethnic hairstyles that are in fashion today not only had an impact on maroon culture but also allowed maroon culture to affect big city western culture. The fashionable ethnic hairstyles of today use ancient techniques common to maroon women. They value their old way of hairstyling even more these days and proudly wear traditional hairstyles outside their villages. Women in the city noticed this and became interested in their way of styling. Their skills of hair braiding offered maroon women business opportunities and now itis very common for them to work as a hairstylist in the city.

As traditional hairstyles become more and more a part of daily life in Paramaribo, the capital city of Suriname, you can see some beautiful authentic hairstyles. Varying from basic to very, very,advanced. Even the most basic styles leave their impression. You know you can’t figure out the advanced styles yourself but the most basic ones make you wonder how much more there is to learn about Afrikan culture in the Diaspora. There is definitely a lot more to learn and see. I am eager to learn about everything that has almost been lost and all that still is. While I am learning I am still watching the beautiful hairstyles. They are a feast for the eyes and I can’t help but wonder if it all contributes to some cultural awareness as well. Needles to say I hope it does.

Going-Natural.com 2014 in Review What I did for MLK Day