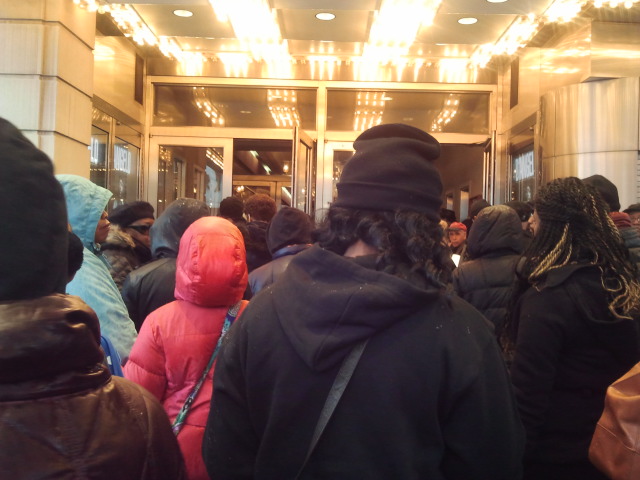 Maybe this will be disappointing to you because I certainly did not save lives but I did have an inspiring day and I hope your Martin Luther King Day was at least as fruitful. I went to the famous Apollo theater in Harlem where Brian Lehrer and the great Melissa Harris Perry hosted an Uptown Hall Meeting themed MLK’s Voting Rights Legacy; America’s Strata.

As a fan of the WNYC host’s program, I always go to the MLK day events and I am never disappointed. With what’s going on with the voting rights act and the increased violence against Black people, this year’s theme was more on point than ever.

From Charlie Rangel who marched with Dr. King and shared his personal story of Selma to Rita Bender who’s husband was killed by the Ku Kux Clan in 1964. From author and playwright Daryl Pinckney to the new generation representing Majora Carter, Janai Nelson, Dante Berry, Bartunde Thurston and Michael Skolnick, elevated the discussion of the decreasing voting rights and the increasing police brutality to the point of hope. The conversation was insightful, reflective, intensive and humorous, all at the same time.

Controversial or not Charlie Rangel, as vital as ever, still knows how to engage an audience. As Brian Lehrer put it, Mr. Rangel reminded him of how much of history we lost with the assassination of Dr. Martin Luther King who was only born one year earlier than congressman. Melissa Harris Perry then reminded us that we will never know how much of and how many more years we’ve lost with youngster like Trayvon Martin and Michael Brown.

Baratunde Thurston, author of How to Be black, was just brilliant as usual. His way of integrating humor, politics and activism is unmatched. As a fan I would encourage everyone to check out his book and his website.

For those who don’t know him, Michael Skolnick never fails to leave an impression. The Political Director to Russell Simmons and Editor-In-Chief of GlobalGrind.com is a White activist who not just speaks out on social issues but passionately does so and can easily engage a crowd. Besides the fact that he knows his stuff, he can share celebrity facts that will make a light bulb go on. I certainly didn’t know that Harry Belafonte was the first singer ever to sell over 1 million records within one year. When he embellished it with “Elvis my a*$”, he had the crowed bursting into laughter. 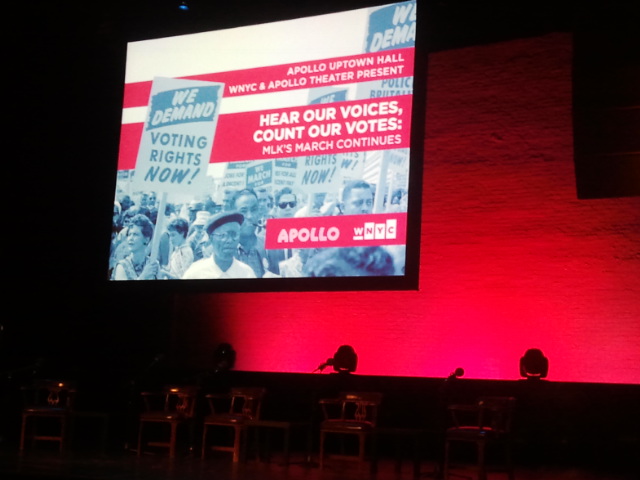 The deeper question of what the roll of the media should be when it comes to civil rights and the tense climate we live in today, was maybe the most brain triggering question of the day. With the constantly changing landscape of the 24 hour news cycle combined met everyday new social media outlets, it is quite challenging. Not just for the media but also for us who are interested in the news and so the question can easily be extended to everyone of us. What can we do to make things better?

Besides trying to be a better person, I believe with what I am doing here, the social injustice struggle I am still trying to shine a brighter light on, is clear. I am trying to change the perception of natural hair and to take the discussion to the next level of making people aware that this is a human rights issue.

For more about that read Bad Hair Uprooted, the untold History of Black Follicles

So while I am not saving lives by going to events that shine a light on social injustices and writing about it, I hope to do my share of contributing to a better society with equal hair rights. Of course I also hope to inspire everyone to think about what we can do to create a better society. In the meantime I will just continue to try saving our follicles, one head at the time.