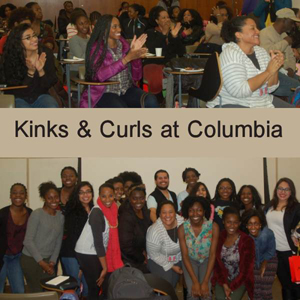 Invited by Praise Iyiewuare, Master’s student at Columbia University, I attended Columbia Kinks and Curls, a Black Hair Event she put together with the on-campus Black and Latino Student Caucus. The goal was for Black students, faculty, and staff to come together for a dinner and discuss their experiences of the politics, ramifications, and perceptions of Black hair. Another topic addressed was the ways in which Black hair impacts physical and psychological health on an individual and community level. 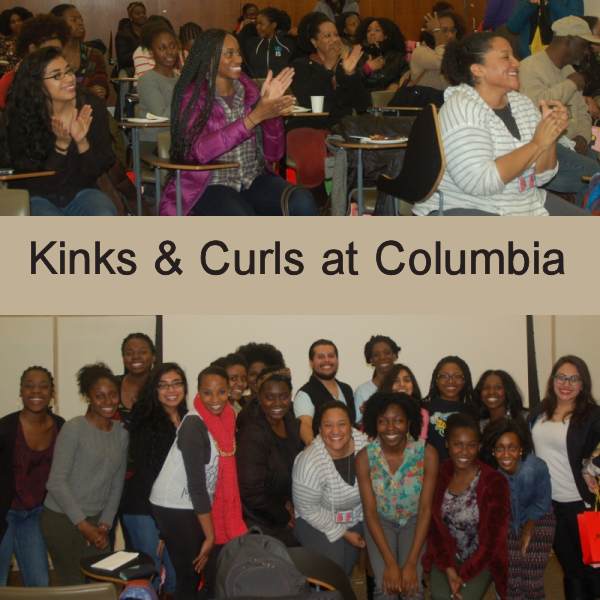 I arrived a little before time. It’s just a habit of mine but I also wanted to get an early impression as I didn’t really have an idea of what it would be like. I’ve been to many hair events, shows, demonstrations, book signings but this was new to me.

At arrival I met a couple of spirited students who were preparing room 1 at the Russ Berrie Pavilion Room for the upcoming dinner and guests. I met Praise who was preparing the slideshow and program, in person while the food was being brought in and guests starting to arrive. After a nice plate of good food Praise introduced herself and opened up the conversation with the question “Who wants to share their hair story? “

The room filled with about 70 people, four male, the rest female, paid attention to the hair stories told then didn’t shy away to give their own input. Praise did a wonderful job of moderating the debate making sure that other topics listed also got attention. The questions followed all covered relevant issues in our community when it comes to hair. From Natural Hair in the workplace to curl pattern obsession, from dating natural to the psychological impact of our hair. As you can imagine it was a lively debate. 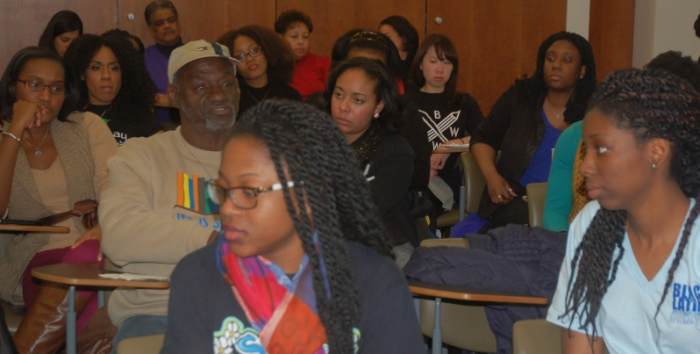 One most remarkable moment that I will never forget was when this older men asked the audience about dating even before Praise could get to the question. He said in his days, guys would skip the light skin girls because they had too much of an attitude so they would go to the dark skin girls who would be happy with attention.

Although it’s a known issue in the Black community I had never personally heard it said out loud by a man. I am glad he admitted it though. Not only was he honest, he attended the event because he wanted to get his grand girls of the weaves they were constantly wearing and get them to embrace themselves.

What was even better was the response of the audience that made clear that times have changed. Natural women of all skin tones get mad love today. Just take a look at Lupita right? 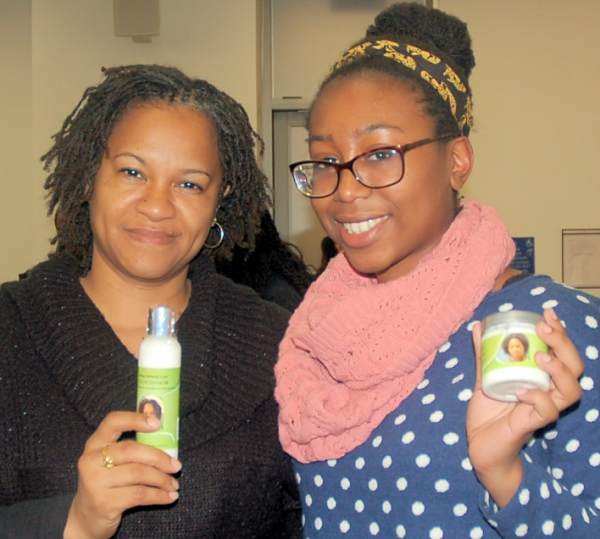 The debate wasn’t the end of the night though. Praise had also prepared a game of Jeopardy to test our natural hair and history knowledge. People with the right answer could win a sponsored package of hair products. Going Natural was also a sponsor and the winner was so happy that she wanted to take a picture with me.

All in all it was an enlightening evening full of fun and encouragement. Needless to say, I’ll do it again!