Rather than solving racism, the goal of filmmaker Justin Simien, lauded as one of Variety’s “10 Directors to Watch”, was to start a conversation about race in the Obama era. Just the title has proven effectively enough to do just that but there is much more to the film. It’s clever, funny and provokes a debate on several levels. 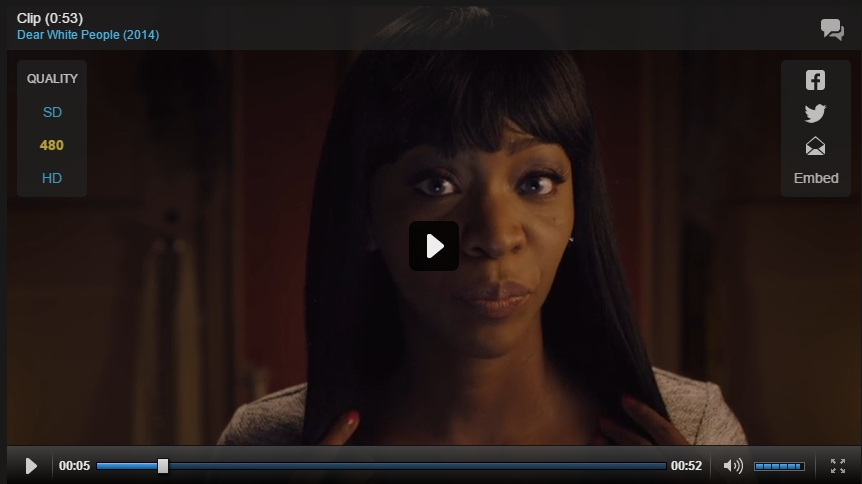 The backdrop is the prestigious campus of the fictive Ivy League Winchester University where things come to a climax at a “Let your inner Negro out” themed Halloween party, organized by White students.

The setting is perfect to picture almost all kinds of stereotypes. Contrary to what the title “Dear White People” suggests the film is also full of Black stereotypes. What makes the film truly clever is that these are not the predictable stereotypes we are so often bombarded with. These are conflicted people we are familiar with who are engaging in witty conversations that are not just hilarious but often have a historical context and also trigger an uneasiness.

From Coco (Teyonah Parris ), the dark-skin girl who can’t stop touching her long straight weave and is not into Black men to Sam (Tessa Thompson), the mixed one who always seems in conflict with herself. She keeps her White boyfriend a secret as well as a Taylor Swift playlist as to proof to the world that she is Black enough.

The debates between the mix of characters are captivating yet no one escapes an uneasy feeling when watching the movie. Especially not when it comes to a climax at the night where White people in Black face are partying on Hip Hop Music.

Internationally, this part of the movie may even be a teaching moment for nations like Holland where Black Pete is a hot button issue debated on the highest levels of politics. Black Pete, a Black Face figure, is part of a tradition in Holland that is offensive to minorities as the links to slavery and racism can hardly be ignored. Yet people who are trying to make the tradition more inclusive by striving to change Black Pete to a Pete that includes colors from green to purple,  are often receiving dead threads. No doubt that the scenes of this “Black Themed” Halloween party will provoke debate and maybe teach the world that it’s not ok to show up as Black Face on a party to impress Kim Kardashian.

The cast is impressive. Every character is just very good still Teyonah Parris who plays Coco is a little more remarkable. She is a strong actress who makes me feel so uncomfortable because she is so convincing in her complex conflicting role of a Black beauty who wants to be accepted at all cause.

Dear White People is certainly a movie I would recommend. Not only to start a conversation about race but maybe also to push boundaries and evolve the debate on race relations.