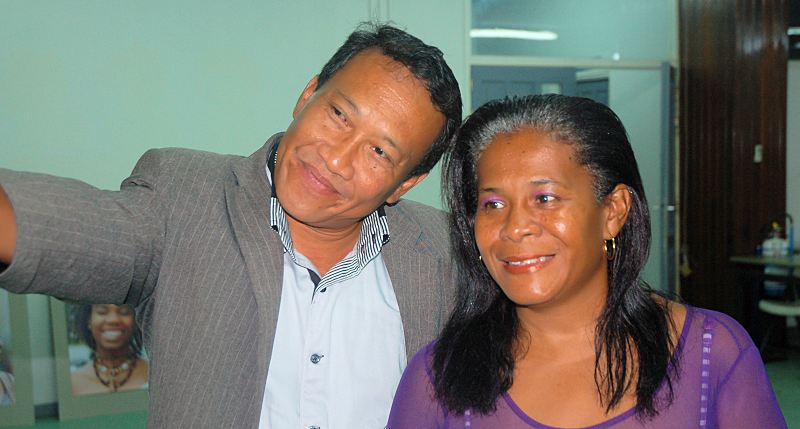 My sweet sister Tineke Liong-A-Kong made her transition on September 1st, after a sickbed of 46 days. The day after her 50th birthday which she celebrated big time, she got a third and fatal stroke.

END_OF_DOCUMENT_TOKEN_TO_BE_REPLACED 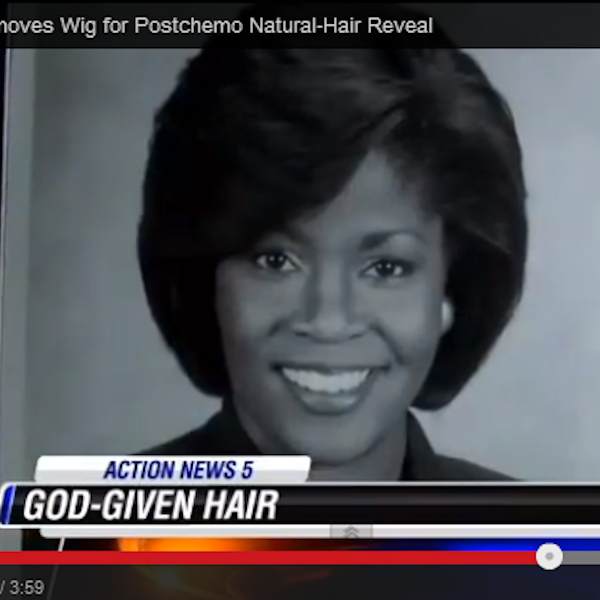 most man have no idea about women’s hair and most White people don’t know much about Black people and their hair. “So the whole idea of a White man is going to tell a Black women how to wear her hair, I find completely ridiculous.”

END_OF_DOCUMENT_TOKEN_TO_BE_REPLACED

So I have decided to go natural and I’m very excited and nervous! 🙂 Most of my hair damage, if not all, is from relaxers. I also use to wear a lot of glue-in a few years back, until I realized the damage. I haven’t had a relaxer for about 2 months, approaching three and I have been wearing sew-in/twist to give my hair a break. I am thinking about getting a wig so I won’t be constantly doing something to it.

I need help deciding which products would be best for both my natural and relaxed hair? When I should I do my big chop, or does it matter? Also, even though I keep my hair greased, my new growth seem very dry and brittle, how can I fix this?

Any suggestions are appreciated, Thanks in advance! 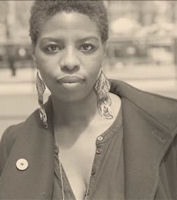 Zina Saro-Wiwa is a British Nigerian filmmaker, writer and reporter. She has been a presenter and producer for the BBC and is the director of the award-winning documentary This is my Africa.

END_OF_DOCUMENT_TOKEN_TO_BE_REPLACED 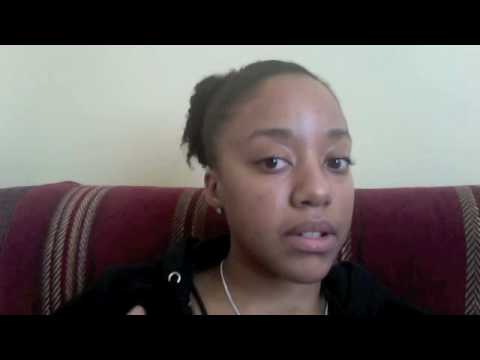 This is my transition hair style for the month of May.   I spray my hair daily with water.
I clean my scalp with Witch Hazel, using a Q-tip.  I then spray hair with water and oil my scalp with Jojoba oil and Castor oil. I massage my scalp and then spray with Jane Carter leave in conditioner.   This hair style  is supposed to last 6-8 weeks.  I am leaving my twists in for 5 weeks.  I plan to wash my hair only once with conditioner and only cleaning my scalp in between time with Witch Hazel. 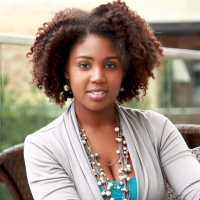 Tamara of Houston, Texas went natural in October 2006. She describes her decision to go natural as a liberating one since it allowed her to create her own personal definition of beauty. Since then she became confident enough to take control of her body image.

END_OF_DOCUMENT_TOKEN_TO_BE_REPLACED

I’ve gone through my life getting relaxers and dyes and weaves and things that are not nice to my hair. I ended up going on a cut-friendly spree one night and cut my hair into a mohawk. I saw how quickly (and NATURAL) the sides had grown back and I was EXCITED! I thought about cutting my hair, but kept refusing and telling myself it was the wrong thing to do. Then one night after washing some MORE weave (AND GLUE) and out my hair I realized I was truly sick and tired of doing my hair BAD DEEDS. I CUT IT. I went for it and just CHOPPED IT ALL OFF!!  I was proud and felt rejuvenated. But then when I started researching and trying to figure the Natural Hair World out..  felt like I’d done another bad deed to my precious hair. I feel like I should  have just waited until it was professionally cut. My hair isn’t growing as fast as I think it should be and it’s just starting to get frustrating…

YouTube:
I went there to see more things and tips and learn new stuff about going natural and I’d notcied everyone talking about “Transitioning…” I REALLY WANT TO KNOW WHAT THAT IS. Because I’ll think it’s one thing and it’ll seem like somerhing else when I hear someone else talking about it… I need to learn these things.. Someone HELP ME OUT!

Well, this is my first bIog. I am currently in my third or fourth month of going natural. I have done the big chop yet. But I am at a crossroads of whether or not I should do it. So far, this journey has not been pleasant one bit. At the beginning, I was able to do stuff with my hair. Wear it out, put it in a ponytail…it did not seem that going natural was too hard. However, when the first month ended, my hair (permed) started breaking off. I could not do much in terms of styling, so I had weave braids for the first time. And I started wearing hats a lot.

Many wonder why I am going natural. The truth of the matter was I hated getting perms. It burned my scalp. My hair was thinning away with every retouch. And it was hard to maintain moisture in the strands. At times, I wanted to quit so I could return back to what is familiar. But I knew I would be disappointed with the results. So I am proceeding forward with the support and love of my boyfriend.

Another problem with this transition is that I do not have enough money to go to the hair salon that do natural hair to get the big chop or any natural hairstyles. Can anyone provide me any tips to help me plz.

I am thinking that I will do the BIG CHOP!  I don’t know if I can wait.  I am so ready to see my natural hair. 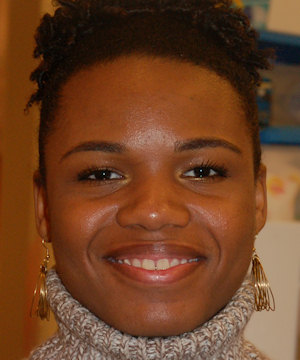 I had never caught my husband openly admiring another woman in my presence until one night when we were at the movies. His eyes fixated on a sister with a perfectly coiffed Afro. He was almost mesmerized and I was too surprised to be offended. He had always told me how he would love to see me with an Afro. But for me having an Afro would mean going natural and although I had always been napp-curious, I just knew no matter what he said, ain’t no man want a woman with a nappy head.

As a girl my hair was always the source of great shame and insecurity. At the age of 5, I received my first hair relaxer. Kiddy perms were supposed to be a safer gentler alternative to full strength relaxers, but my scalp still burned as I squirmed in my seat. Mommy was making me pretty, relaxing away the ugly kinks and naps. Afterwards, I would play in my newly relaxed hair feeling how soft and smooth it felt and the burn of the relaxer became worth feeling pretty.

My hair was kinky and short, unlike my mother’s hair, which was long, wavy and could be blown straight. I would walk around with a towel on my head to mimic long flowing hair and I thought that I was the only black girl doing this until I saw Whoopi Goldberg’s 80’s standup routine. Relaxing only gave me a very temporary fix until that new growth would rear its ugly head. Then there was the hair damage and breakage due to the chemicals. It was a frustrating cycle of relaxing and then trying to combat the damage done by the relaxing. But being nappy was not an option.

As a young adult I continued to relax but the seeds of napp-curiosity were budding. I began to question what I had been taught to recognize as normal and attractive. I began to question what it truly meant to embrace being a woman of African decent. As I continued to relax I began to become bored with the routine. I would occasionally spot a woman with a head full of beautiful, lush nappy hair and be in aw of how healthy her looked. I was in aw of how confident these women sported their natural hair. There seemed to be a glow about these sisters. Before long my relaxed hair no longer matched the way I felt on the inside. My standard of beauty changed. For me healthy became beautiful.

But what would my own hair look like natural? I had been chemically straightened since five. I had no idea how I would style my hair in its natural state. And how would my husband react? But then I remembered how he looked at the sister with the Afro and I had my answer. I was 24 and recently married when I did the big chop. I had stopped relaxing my hair for almost six months in preparation. As I sat in my hairdresser’s chair she informed me that after the big chop my hair would be really short. Short was an understatement. After my hair had been cut and styled into coils, I came home in shock. At an inch at the longest part, this was the shortest my hair had ever been. The first month my hair grew like fast! By the end of the second month, I had a full Afro. After a lot of experimentation, I became familiar with my hair in its natural state. I discovered that I actually have three different textures of hair. I learned different styling techniques and what products worked best on my natural. My husband who is a 70’s child taught me how to achieve an Afro. I also experimented with color for the first time. My hair became the healthiest it had ever been since I was a baby.

I have been natural for almost 5 years now and my hair finally matches who I am on the inside. Like others before me I have inspired other women. But I will say to any women considering going natural or is newly natural that while you will get a lot of positive feedback, there will also be people who will choose not to see the beauty of your natural. You have to have a strong since of who you are to deflect negativity. Understand that we as African people have become inferiorized and a lot of us are not willing to break the chains. There will be those who see your embrace of your natural God given hair as revealing a shameful secret. They may show how uncomfortable they feel by laughing or snickering. They might be outright rude. Understand that their shame is not your problem. Do not allow them to re-infect you with their inferiority complex. Ladies this goes for friends, family and lovers as well. I am fortunate to have a man who loves his African self so much that he can see the beauty of an African woman. But most important to me is that we are a role models for self-respect and self-acceptance for our two children. Natural hair requires care, creativity and patience but for me it is well worth it.