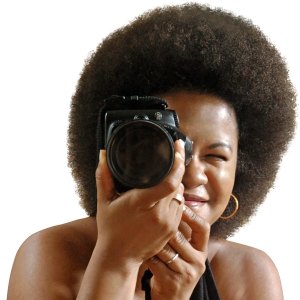 To give back to her loyal following, Mireille Liong founder of going-natural.com, plans a free photo shoot to celebrate the 10th Anniversary of the growing online community that now exceeds 28.000 members. Not only do all participants get a free digital photo, the person with the most fancy natural hairstyle wins the 10the annual surprise gift basket.

END_OF_DOCUMENT_TOKEN_TO_BE_REPLACED 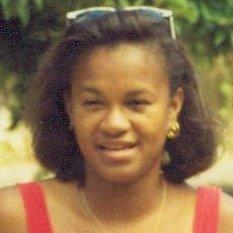 LOVE AND NAPPINESS
We’ve all had that one relationship that was an emotional roller coaster ride.  You may have separated and gotten back together several times.  Sometimes with  months or even years in between break-up and make-up.  But for some reason that you couldn’t put your finger on (and maybe still can’t) you just couldn’t give it up. It definitely was no walk in the park, but something inside convinced you it was worth the fight.  And although that person didn’t make you who you are, he/she certainly played a significant role in helping you to grow, learn about yourself, about life, about love.  For some, it was a person who was only there only for a season, but changed your life forever. For others it was a high school sweetheart, puppy love that flourished into a healthy mature relationship, maybe even into a lifetime monogamous commitment.  For me it was a life long friend , waiting there patiently for me to open my eyes…………… 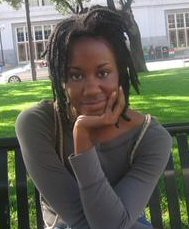 I must confess, I’ve fallen in and out of love with nappiness several times before.  I lied, cheated, had emotional affairs, and at times even turned my back completely.   I’ve been through the full spectrum of emotions, from love, to hate,  to indifference and everywhere in between.  And all the while, my naps never left my side.  They were always there, like an unappreciated lover, waiting to be loved in return.  But it was up to me to mature, to get ready.

My Senior year in high school was the first time I stopped chemically straightening my hair.  And it was mainly because, I hated spending hours of my time at the “beauty” shop.  I started setting my hair on rods until I had enough new growth to cut off the processed ends and still have some length. I went through my freshman year in college naturally, but I was never really comfortable with my naps.  It had to be set on rods so that it’d be curly or in micro-braids to immulate “relaxed” styles.  Sometimes I’d wear corn rows, but NEVER EVER just out right nappy.  By the summer I’d relapsed to the chemicals.  And I really never gave my naps a second thought. When people asked me why, I did it, I’d sayit was for my internship.  After all, I couldn’t be in Corporate America with a nappy head. 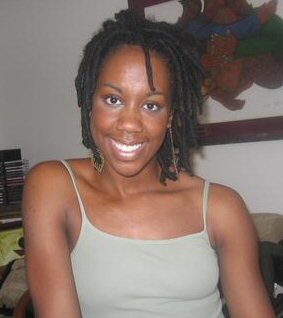 About a year and a half later, I was at home in the bathroom (in the summer time) fighting with my hair.  I was blow drying and straightening, sweating, and aggravated.  I stared at myself in the mirror and screamed, “NO MORE!!!!!”  I was furious.  How ridiculous!  To put myself and my head through this nonsense.  And for what?  I was beautiful in spite of my hairstyle.  Why torture myself?  I decided right then to stop.  Just stop.  I corn rowed my hair and after a few weeks I stood in the mirror, scissors in hand, and whacked it off.  Oh it was sooooo liberating!  I felt beautiful.  I felt free.  I really felt like a new woman.  After a couple of months I got it twisted and never looked back.  Six months later I had a gorgeous head full of baby locs and I kept them for three years.
My locs and I experienced everything together, excitement, stress, anticipation, pride.  We learned patience as we grew together.  We had our crazy days especially in the beginning.  There was always that one with a mind of her own, lol, then there was the fat one, and we can’t forget the one who just didn’t want to stay twisted.  I named her Gina. lol. Together we were confident and unique, my locs and me.  And we were a part of the nappy family.   We felt the love from nappies we passed on the street, on campus, in night clubs and can’t forget the fam on Nappturality.com .  We felt like royalty when conscious Black men admired us, recognized our beauty, and called us “sista.” It was an amazing time in my life.  And then one day I grew restless.  Once again, I ran for the scissors.  I cut them to my chin, then to my ear, then back to babies, and then they were gone, picked out.  I wore a small twisted fro for a weekend. And I loved it!  It was a fabulous three days.  I remember that Friday night I went to a closing party at an art gallery and then out for drinks and jazz.  That night I met a man that I would later fall in love with.  I spent Saturday with him. It was amazing. But by Sunday night.  I was at it again.  Curling iron in hand.  Fighting to hide my natural beauty.  Too ashamed to show up nappy on Monday morning. I wanted to be a part time nappy I guess.
In less than a week, I was chemically addicted again and have been that way for almost a year.   The funny thing about it is that even though I was no longer nappy, I still had a nappy soul.  I was green with envy to see a sista rockin’ a TWA, a big beautiful fro or a head full of locs.  You know that confident glow that we have when we’re nappy and proud?  I was hungry to have that feeling again. I wanted to come home!  And all of a sudden, a few weeks ago, I decided to once again begin my journey.  For some reason I’m just not afraid anymore.  I’m not sure why, but I’m not concerned about the people on my job or the crazy looks from people on the street or the stupid questions from family and friends.  I want to be nappy for ME.  Nappy, Happy, and FREE!!!!!!!!!!
So now that you know a little bit about me, hopefully you’ll come along.  If you’re still trying to decide, whether or not the nappy life is for you,  hopefully my story will inspire you.  If you’re transitioning, we can go together.  If you’re already there, let this be a time of reflection.  Remember the day you decided once and for all to be NAPPY.  Reminisce on the ups and downs, the pains and joys, the trials and the lessons of your own journey to self-love, peace, and nappiness.