Invited by my former teacher Cynthia Mc Leod, researcher, accomplished author and UC Regents Professor at Berkeley, I headed to 1st ave in Manhattan to see The Ark of Return, the Permanent Memorial to Honour the Victims of Slavery and the Transatlantic Slave Trade at the United Nations. 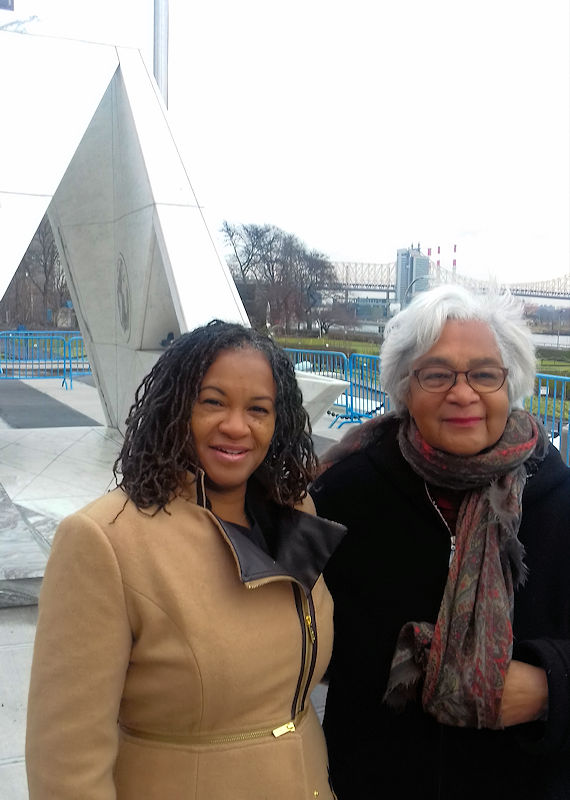 Miss Mc Leod is an incredible inspiring woman who just turned 80 this year, loves to talk passionately about the history of Suriname and still has the energy of a youngster. Even if she keeps repeating, “I am an old woman now.”

I am happy to say, we go way back. Not only was she my teacher in college, she and my dad are the same age and were class mates back in her school days in Paramaribo, Suriname.

My dad loves to tell the story how miss Cynthia would throw marbles on the wooden floor that would roll off the stairs distracting class. Of course no one told on her when the teacher asked who did it. So they all got an extra assignment as punishment but they can still laugh about it to this day.

When Miss Mc Leod discovered that school children were hungry in Suriname, she started Surflandria, a nonprofit ran by women who would cook and feed school children one warm meal every day. It was a great initiative and I am proud to say that I designed the first ever website for Surflandria back in the 90’s. 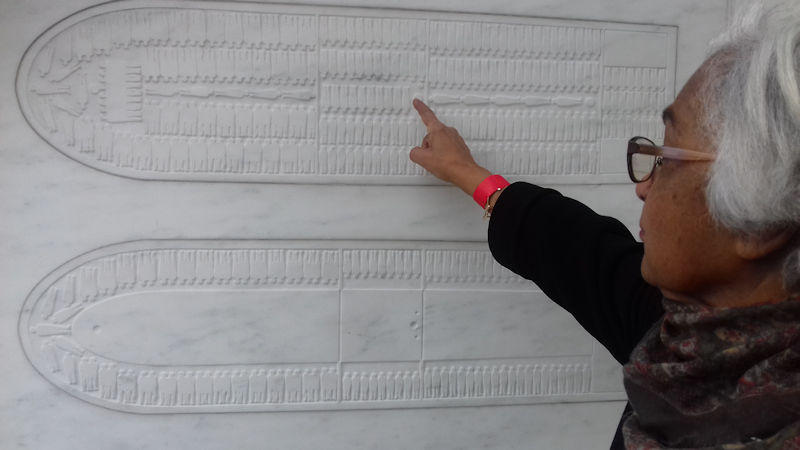 Miss Mc Leod became a household name in Suriname and the Netherlands when she wrote the first historic novel “The price of Sugar”. Even more impressive is her research on Elizabeth Samson, a free Black woman during slavery times who made her own fortune and only made it into the history documents because she wanted to marry a white man.

As a visiting professor invited by Baruch College, Miss Mc. Leod spent the past four months teaching but also continued her research here in the United States. Visiting the Permanent Memorial to Honour the Victims of Slavery and the Transatlantic Slave Trade at the United Nations was one of the many things on her program and I am so glad I was invited.

The monument named “The Ark of Return” by Haitian-American architect Rodney Leon chosen among 310 entries from 83 countries, is gorgeous, impressive and heartrending all at the same time. You can watch Mr. Leon himself who is also the architect the African Burial Ground Memorial, explaining his art in the video below. 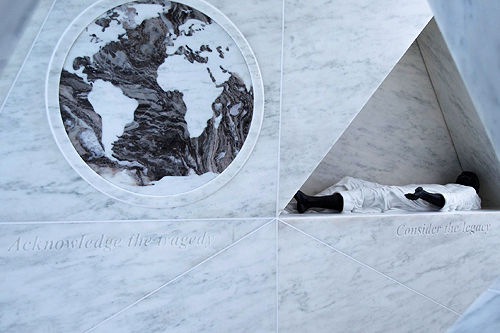 What made our tour extra special is of course the fact that we had miss Mc. Leod. She is a walking history book and it’s just a pleasure to listen to her even when the facts she reveals are horrible.

What I never knew is that the Danish were probably the largest slave traders. While the Dutch had slave ships that could hold 350 captured people, the Danish had ships that could carry 1200! Very few people know this becuse they sold the colonies they had, Saint Thomas, Saint John and Saint Croix in 1917 to the United States.

The Dutch had the worst reputation though. According to the books 30% of the “stock” would die and one could smell a Dutch ship hours before you could see it because of the stench. There was no restroom so all the excrements came out right there where the people either chained to each other or had little room to move. Because of this reputation Dutch ships were forbidden to move plantation goods.

There was a little more room for beautiful women though on the upper deck. That part was also easily accessible by the sailors. Hearing this part really made my stomach turn. Another interesting fact is that the Dutch never considered their colonies, colonies or part of their kingdom. They called them profit areas so they never invested in those areas but just profited from them as bad as they could.

Miss Cynthia kept on sharing interesting facts though that made the trip more than worth the while. I think her next assignment should be tour guide at the United Nations but although she had the best of times here in the States, as a true Surinamese, she is ready to go home. I am sure, like me, many will miss her. 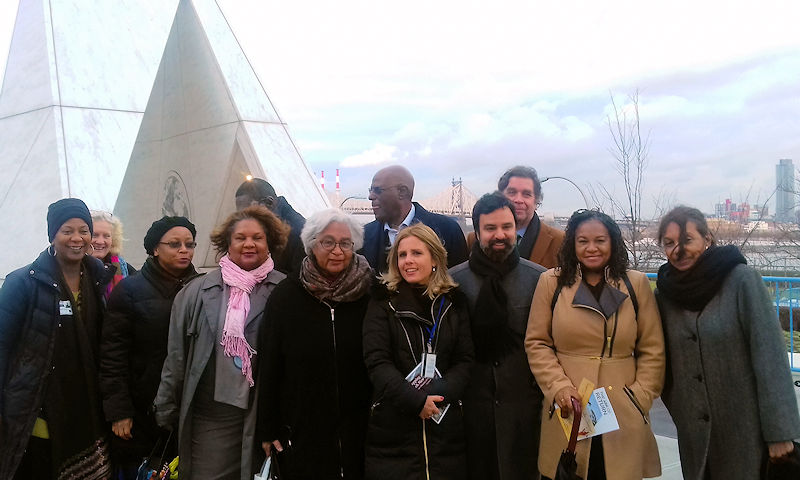 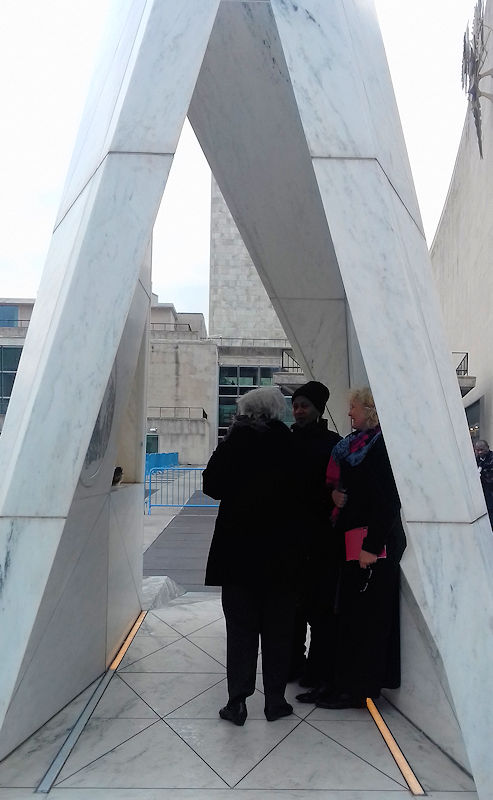 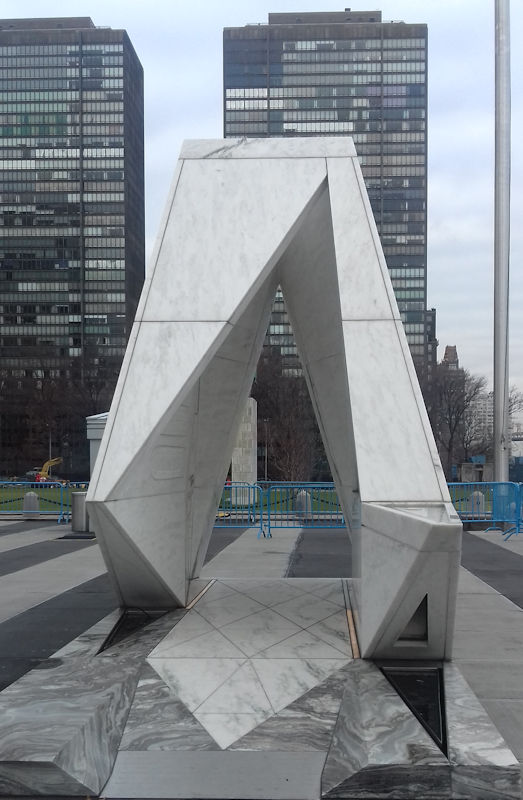 There were more researchers in the group. You should also know Jennifer Tosch founder of Black Heritage Tours who is doing great work mapping slavery in New York, Amsterdam and Brussels. 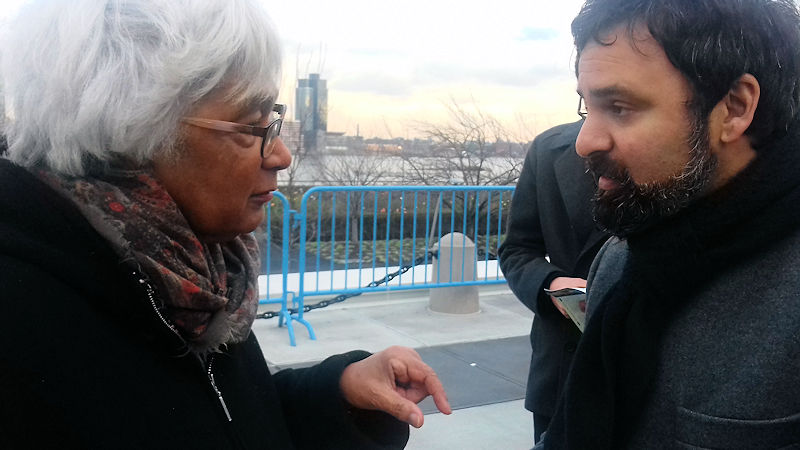