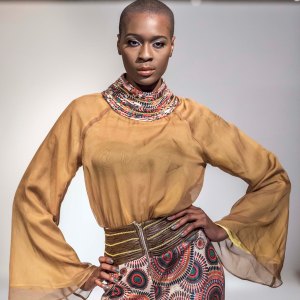 What started as a vision to bring African design to fashion capitals around the world was celebrated on the catwalk of New York Fashion Week this year. African Fashion Week 2014 started with a full day of business and entrepreneurial classes at the UN Foundation building followed by a style, pop up shop and presentation at the Vogt Gallery the next day. Seven top designers from the continent brought the three days to a close with fashion that painted a picture of how perfectly colorful, diverse and inspiring Africa really is. 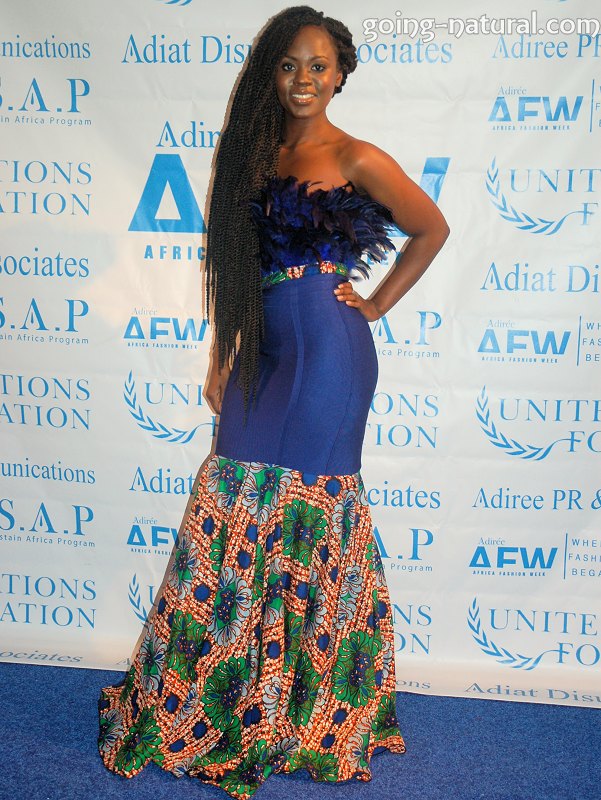 On the evening of the Fashion show Adiat Disu, the woman behind the initial concept said to be overwhelmed by the support. Dressed impeccably in a blue mermaid dress by Kenyan designer Hilda Muaya of Dahila Republic Couture, Adiat explained that the 5th anniversary was extra special because of two main reasons. AFW officially became part of New York Fashion Week and thanks to the proclamation of Michael Bloomberg, Mayor of New York, the organization also secured the support and partnership of the United Nations.

With a portion of ticket sales going to the Dikembe Mutombo Foundation AFW supported another noble cause contributing to movement of empowering quality living through health and education for the people of Congo.

This gracious new addition may have been the reason for higher price tickets but the fee might have been too high for African New Yorkers as the crowd was not as large as former years. Karin originally from Zimbabwe said she enjoyed the show but wasn’t sure if she would spend $175 every year to attend. 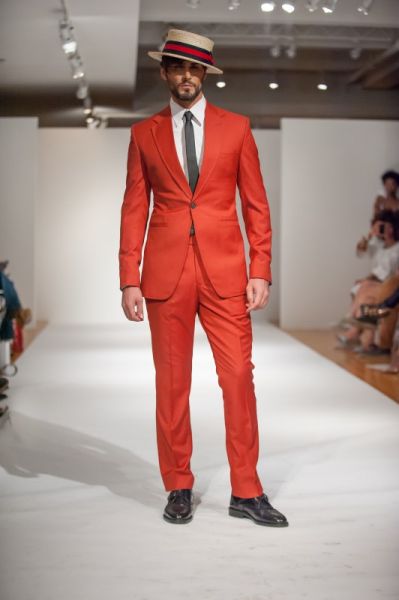 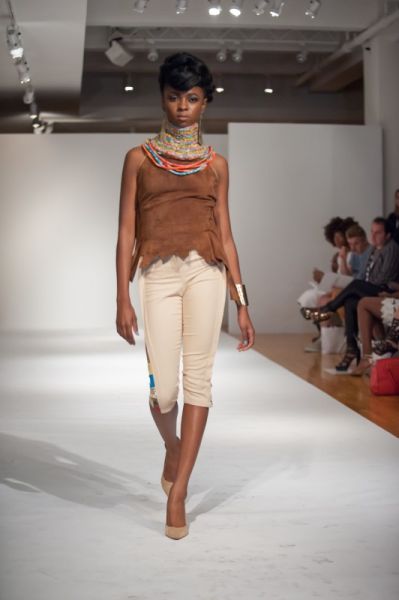 During the show there were a few technical difficulties with the lightning as well as the sound so not everybody was pleased. A few even complained that the show didn’t meet their expectation based on the years before but what may have lacked a bit in organization was made up by the choice of the designers. Not one single person complained about what was showcased on the runway and no one interviewed said they didn’t want to come back. The African designers featured this year didn’t just meet expectation they exceeded it.

All the creations were just so fabulously good it seemed impossible to pick a favorite. Yet in the midst of colorful perfection gracing the runway two designers still managed to stand out.

Rodney Emeka, a designer from Nigeria who won the Young Designer of the Year Award in his home country last year, got a standing ovation, showing his perfect cut classic yet outstanding men’s wear for the coming season. It’s only a matter of time before we see his brand McEmeka in one of the higher end department stores.

With magnificent distinctive Masai-type necklaces incorporated in her creations, Sally Karago from Kenya also left quite an impression on the audience. The beaded jewelry that seamlessly complimented every outfit seemed to elegantly elongate any person who would wear it.

Another great thing to see was an increased number of natural models on the runway. Watching three out of twelve Black beauties with very short naturals gracing the catwalk was very refreshing. Although dreadlocks and afros were still missing there is hope for the years to come.

Expressing her love for pure African hair in a Vogue video, LupitaLupita planted a seed in the fashion world that will hopefully allow Black models to sport their own distinctive natural hairstyles on every runway in the very near future. It would be tremendously great if African Fashion Week would be the first to sprout the seed and take the idea to the next level by matching naturally coiffed coils with African fashion in the years to come.

Adiat pointing to the long Senegalese Twists she was wearing herself was very interested in the idea to connect with natural hairstylists to compliment AFW. This has the potential to take African fashion to a whole new level as we are unequivocally the dominating experts when it comes to natural hairstyles, a phenomenon that yet has to be explored in the world of fashion.

Despite the challenges of a tighter budget this year the organization is definitely well on its way to achieve its goals. Not only did African Fashion Week unquestionably increased the visibility of African Fashion from the start, they raised funding of over $300 K+ for African Brands in the five years of existence.

After the show the organizer said to be relieved. Miss Adiat was grateful to all designers who gave significance to African fashion, had the courage to share their work overseas and trusted her organization by being part of the production of AFW.

The Nigerian native said to hope to continue the growth of awareness of African Fashion and that the aim is to open an online store in the near future.

Allowing a worldwide audience to order the beautiful creations that grace the AFW runway every year will do more than just increasing the visibility of African designed clothing. Realizing the shop will also build a bridge between fashion capitals, open up more opportunities for entrepreneurs on both ends and increase revenue of up and coming and seasoned designers. A formula tailored to win far beyond the African continent.