In my 15 plus years of being natural, I have tried about every oil everybody has ever raved about at one time. From argan oil to castor oil, you name it, I probably tried it. Since there are so many questions about which oil is best, I am happy to share my experience.

For years coconut oil was a favorite of many newly naturals who raved about it. Even before it was a “natural hair discovery” though this deliciously smelling oil has been used in India not just to add shine but also against hair loss.

Recently however plenty of naturals have fallen out of love with coconut oil. A few youtube vloggers even claimed that coconut broke their hair. Clearly, everything is not for everybody.

Coconut is one of my all time favorite oils but it was never a favorite for my hair. You can prepare the most delicious meals with cold pressed coconut oil and there is no oil that will give you that shine if you make a body scrubs with it but somehow it never worked for my hair.

Adenike, my natural hairstylist and loctition also told me that unfortunately she can smell the naturals who use this oil in their hair and not in a good way. Especially if you co-wash coconut oil is not a good idea because it gets rancid. For this same reason coconut oil is a no-no for locs.

Although plenty of naturals and even people with locs love olive oil, it has never really done much for my natural hair. Whenever I used it, the oil was just sitting on my hair and made whoever touched my hair hand’s feeling greasy. It never seemed to penetrate my hair shaft. Another oil I prefer for cooking though because it’s a staple in my kitchen.

This is an oil that I used to braid my hair with. Mainly when I was wearing extension styles like Box braids, Senegalese and Kinky Twists. I would use it after I washed my hair but before getting my braids in.

The one thing I will never forget about castor oil is that not only was it easy to take out my box braids, my hair still felt soft and moisturized after I took the extensions out and this after 3 months!

This was not the Jamaican Black Castor oil but I would say castor oil is definitely a keeper especially if you wear braids with extensions.

The only thing that I don’t really like about it, is the smell. Although it doesn’t get that ranzig sent of coconut oil it has a strong sent that you can smell coming.

Although I had known about black seed’s long, long list of amazing properties, it was one of my newly natural friends who got me to try this oil. She was raving about how great black seed oil was and that it grew her hair.

Since I already had locs, I didn’t use it on my hair. I took it internally because of its long list of healthy properties.

I also used it on my skin. It’s a quite a thick oil with a distinctive smell that you’ll probably need to get used to. Since it’s very thick and often pure, I recommend you using it sparingly. A little goes a long way.

Unlike what the name suggests, Aloe vera oil is not a pure oil but it’s often mixed with a carrier oil. This century old plant has great properties to care for hair and skin but it also depends on the oil it is mixed with. So, read the labels.

Jojoba oil is really not an oil either but it is not mixed with a carrier oil. It is a waxy substance that is closest to our skin. Our hair and skin can absorb Jojoba oil without clogging the pores which is quite important when it comes to hair and skin care.

For years I’ve used jojoba oil. More so on my skin then on my locs and I would say that it is definitely a good oil.

Argan oil is special because the trees are only known to grow in one country and that is Morocco. It is a very nice light oil of which you really don’t need a whole lot of. For some reason, I also used argan more on my skin then on my hair. A few drops added to any lotion adds moisture that will be absorbed by the skin. 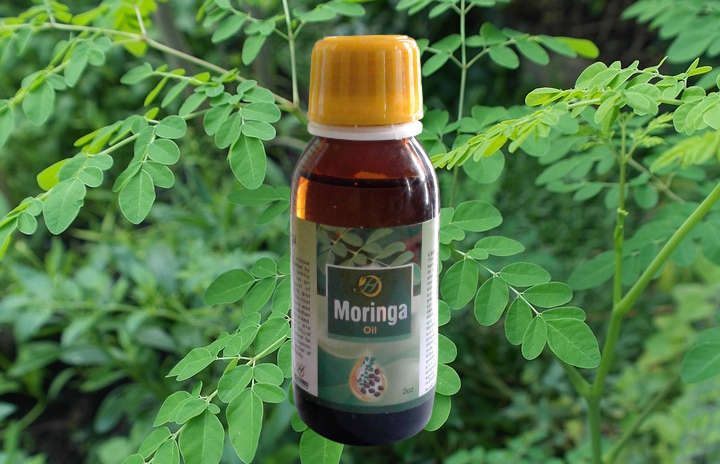 If you have never heard from Moringa, it is a tree often referred to as the magical tree because of the long list of health benefits.  See Why Moringa is called the miracle herb.

This oil I actually just discovered and I have to say Moringa oil is hands down the best oil I’ve ever tried.

The way it penetrates the skin sets it apart from all other oils I have ever tried. Then after the skin absorbs the moringa oil, it leaves a nice shine without a greasy feel. Isn’t that what we need when it comes to hair and skin care.

Just like argan oil the pure Moringa oil doesn’t come in bulk. Similarly, it should be used sparingly. A few drops to your hair care product will make a world of difference and even to your daily moisturizer.

Be careful when you choose any of these oils. Make sure you buy pure if that’s what you want to buy and make sure it’s not mixed with another carrier oil.

If you want to try any of the oils mentioned about, please check out our eclectic collection of herbal oils that will make your hair happy. Check the Herbal Oils now.