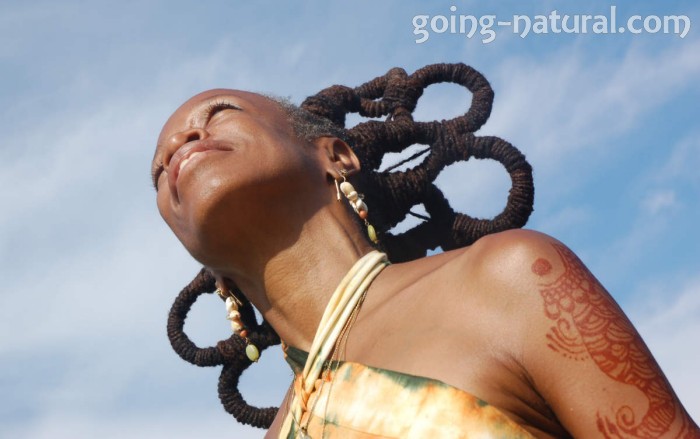 Until I went natural, I never really had the courage to dig deeper into the history of slavery than what was being taught in schools. Growing up in Suriname in a loving family of five, I had everything a kid could wish for. I can humbly say that we grew up privileged with more than enough opportunities to play sports, travel, learn to play an instrument and obtain a good education. Aware of my blessings, I could hardly consider myself a victim of slavery. 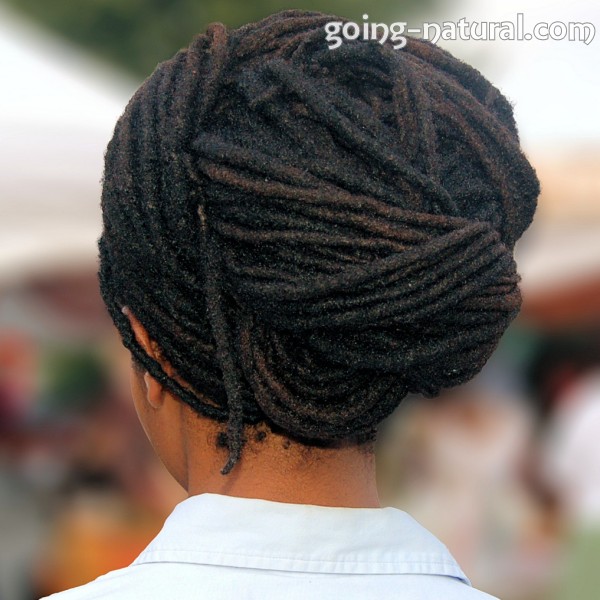 July 1st, the day we commemorate the abolishment of slavery in Suriname, was not just a celebration but also a day of reflection, awareness and to remember what a powerful people we are: how much we overcame but also to be aware that a crime of such magnitude against humanity should never be repeated.

Even as a student in Amsterdam, I never really thought about how much slavery had contributed to Holland, the colonizing country. Except for a few black people, traces of the slave trade seemed non-existent. It was very clear that the history of slavery was not taught in schools, as even members of parliament were surprised that the main language of Suriname is Dutch, the same official language as in Holland.

All most Dutch people seemed to know about Suriname is that the former colony was a liability, so Holland couldn’t wait to get rid of it and give the country its independence, which happened in 1975.

The few times the topic of slavery would come up, the response was that the people living in Holland today bore absolutely no responsibility for those inhuman crimes centuries ago. Or, that the Africans who sold their prisoners were guilty in the first place. Going natural seriously motivated me to uproot the history of my roots.

Perms, relaxers and straighteners
Straightening hair is such common practice in the Afro-Suriname community that I never realized how damaging the chemical ingredients really are. When my hair started breaking, I thought it was because I didn’t take care of my hair well enough. Only after taking all the precautions and severe hair damage for the third time in a row, it dawned on me that the chemicals were the culprit of my damaged hair. Then after I read the article “Relaxers can cause African American hair loss, I realized it wasn’t just me.

In this article the author Damian Mcnamara quotes Dr. Miller, dermatologist at the Milton S. Hershey Medical Center in Hershey saying: “73% of African American women complain of breakage, split ends, and dryness caused by relaxers”. This statistic was an unbelievable shock to me.

“How is it possible,” I thought, “that 73% of African American women suffer from relaxer induced alopecia, and we just continue to relax our hair?” “Why is it,” I thought, “such common practice that we Black women are damaging our hair so severely?”

Even compared to other races our behavior just didn’t make any sense. My white, Jewish and other curly headed friends would experiment at least as much as we Afro-heads did but they would stop perming, braiding or whatever they tried, almost immediately after one damaging experience. Maybe two, but granted they would stop if their hair broke down to their scalp.

“So why is it,” I thought, “that we Afro-heads, continue straightening even after our hair breaks?” “Why this obsessive compulsive behavior just to have straight hair?”

As someone who had personally relaxed her hair, I thought the explanation of self-hatred was too simple. It just didn’t apply to me and I was willing to dig a little deeper.

Bad vs Good Hair
Going back to our history, I learned how important hair has always been in African culture. More than just for vanity, hairstyles were an intrinsic part of a person’s identity. Not only could a hairdo tell you what tribe a person belonged to, one could also determine a person’s social status. Hairstyles were even used as a form of sign language between the two sexes. Women would use hairdos to seduce men or express the fact that they were not available.

The moment African people were shipped to the Western world, the strands we once so proudly carried were structurally denigrated.

First the distinctive African hair strands were shaved, removing a large part of our identity. Then with no time or tools to groom our hair, our neglected strands were often covered while working in the hot sun on the plantations.

The very fact that hairstyles and social status were always inextricably connected in African culture, made it almost inevitable for African hair to become a source of shame in this new world. Natural hair became the representation of the hard life that Black people despised. The hairstyles of house slaves, who were often the offspring of planters with curly hair, became the representation of a lifestyle that slaves preferred. This didn’t just create the light skin vs dark skin issues. It was also the foundation for good vs bad hair that is still alive and well today.
The solution for hair breakage nowadays seems to be a weave to camouflage the damage but also the shame. Relaxed broken hair is clearly preferred above African strands. So are synthetic strands and weaves that are made of and resemble all but Black people’s hair. Everything is just better than natural hair. Our obsessive compulsive behavior is completely ignored, let alone recognized.

African hair, a human rights issue
“The fact that the bad hair notion is alive and well is clear but still wasn’t reason enough,” I thought, “to explain our obsessive compulsive behavior regarding straight hair.”

I myself relaxed and permed my hair hair because I wanted straight hair then started braiding and weaving my hair to camouflage the damage and the shame.

“So, why was it”, I thought, “that someone like me, who grew up privileged, without the notion of bad hair, who didn’t feel like she hated herself, also fell into the same obsessive compulsive behavior in the pursuit of straight hair?”

Part of the answer dawned on me when a Black ballerina in Holland was suspended because of her natural hair. The school demanded that all ballerinas’ hair should be in a bun. The problem of this 12 year old Black girl was that her strands weren’t straight. Her braided bun was not accepted and she was suspended. Only after her mother appealed at the Board of Human Rights and won, the school let her ballerina back in.

After reading this, I realized that Black people are the only people in this world who don’t have the basic human right to wear their God-given tresses natural. What is a given for nearly every creature on planet Earth, is not a given for people of African descent.

Every company, institution or teacher has the right to reject a black person because of their natural hair, disregarding the fact that African hair can’t naturally meet a straight hair beauty standard. Cornrows, Dreadlocks and Afros are stereotyped as extreme even though these are perfectly normal hairdos for Black people’s hair.

That was the first time I realized that even in this new Millennium the after-effects of slavery were literally damaging our roots.

In this film Katrina Browne, a descendant of the largest slave-trading family in U.S. history, retraces the Triangle Trade with nine of her cousins to finally deal with the long kept family secret. As the offsprings of DeWolf who became the 2nd richest man in the US in his time, they film the trip starting in their fore-father’s hometown of Bristol, Rhode Island, continue to slave forts on the coast of Ghana and the ruins of a family plantation in Cuba then return home to complete the triangle.

As there is no template for a confrontation with a violent past, certainly not for one of such magnitude, that has also kept secret, the audience can watch raw emotions surface on the screen. The despair comes to a climax after the family visits a slave fort in Ghana where the reality of an inhuman cruel history comes to live. Watching that nearly unbearable moment, something very profound hit me.

Now I hope you see the connection and understand why I am doing what I am doing. In my own way I hope to help uproot the unresolved emotions that have held our follicles hostage for far too long. We have to reconcile with a piece of history that has been killing our strands for centuries. Not just for us but to save our distinctive African coils, for the sake of our children and generations to come.

My book, Going Natural How to Fall in Love with Nappy Hair, this website, America’s Next Natural Model,  BAD Hair Uprooted (The Pursuit of Nappiness), The Going Natural Video Diaries have one goal; To change the perception of African hair online, in the real world and globally.