The Masters Brunch sponsored by SheaMoisture is an invite only event where notables from the natural hair world come together to mingle, enjoy good food and talk about the industry. What makes this event special is that Industry Pioneers from almost 30 years back meet with today’s Social Media influencers and product manufacturers for conversations about Black beauty, natural hair, the business and more. 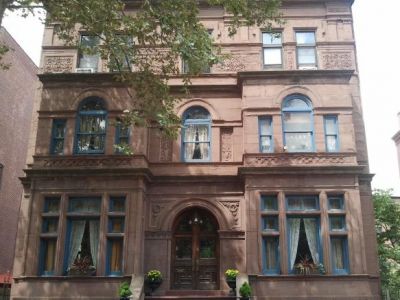 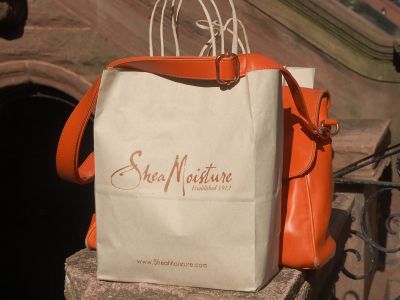 This year, the annual brunch organized by Master Pioneer Award winner Diane Bailey, was held in the garden of the gorgeous 19th century built Moran Victorian Mansion on Hancock St in Bedstuy Brooklyn. It was the perfect location for a perfect day with perfect food and inspiringly perfect people.
Invitees all dressed in uninterrupted white as a symbol of unity were welcomed at arrival by a friendly hostess who handed out a luxury SheaMoisture gift bag. Mimosas, sparkling wine and tea were just a few of the beverages one could enjoy before mingling. 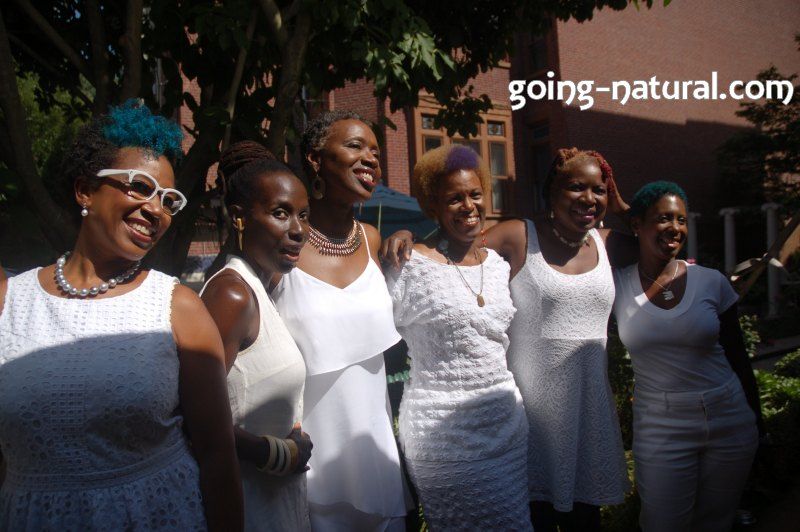 I was super exited to see the familiar faces that I know are behind the blog and facebook posts I see on almost a daily basis. One of them Imani Dawson, accomplished writer and founder of tribecalledcurl.com, was not just a guest, she was also the moderator for the panel discussion that was planned later that day.

Even though I knew most people at my table it was good to learn more about their background and to hear what they were working on. Going Natural Member Joy Spear for instance is working on a beauty empowerment program for girls and started a meetup group to get more natural hair events uptown and in the Bronx.

Adio whom I had not met before proudly introduced herself as a Raw Food Chef. As the owner of Makina’s Dream she doesn’t only run the cafe nestled in Namaskar serving live food plates, her natural food services are also available for catering. She had every reason to be proud because every dish that I had, from the Kale Salad to the dried tomato sauce, was overly delicious. The caterer Ornan’s slava also did an amazing job with the shrimps, cous cous and everthing else. This was the kind of food I would love to eat every day.

Check out images of The Masters Brunch 2013

It was also nice to meet Tanya Wright, the actress from Orange is the New Black, in person. She had just introduced herself to me via email to let me know about her book and her workshop I found God in My Hair. Tanya who was also part of the panel generously offered everyone a free copy of her book. Isn’t that nice?

As expected with a moderator like Imani, the panel discussion was lively, fun and serious altogether and everybody seemed engaged. Janel Stewart (kinkycurlycoilyme), Tanya wright (Hairette.com), Deena Campbell (Essence.com) and Tulani Kinard, all shared their insights while keeping it real discussing the theme: The Natural Hair Revolution Present and Future. 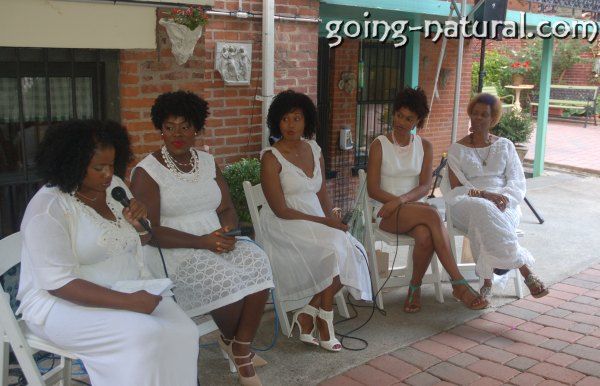 The atmosphere was just great. Everyone was dressed up and looked like a star. The person I was most impressed by though was actress Adepero Oduye whom you probably know from 12 years a slave. What you may not know is that the Cornell graduate has not only played in an impressive list of films like Pariah and Steel Magnolias, she also won a few awards and was nominated by Screen Actors Guild Award for Outstanding Performance by a Cast in a Motion Picture. 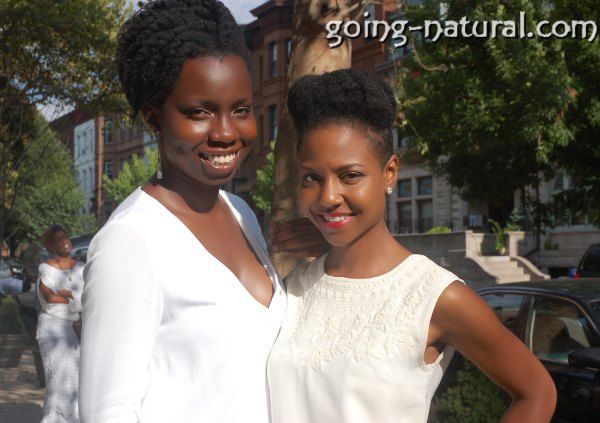 Adepero would be too humble to mention any of this though. The soft spoken Brooklyn born actress from Nigerian parents was available for everyone who wanted to take pictures with her and told me that she has always been natural. Her mother was also natural but her dad was adamant about it.

At the end it’s always fun to take a group shot. First it takes a minute to get everyone out of the garden. Once every one is out, finding the right spot to pose for the photo is the thing. Then after everyone is in place and photographers have taken their shots cell phones come out to take a few more. This time we ended on a very serious note though. In the last shot everyone had their hands up in the air to say Stop don’t shoot in honor of Michael Brown. 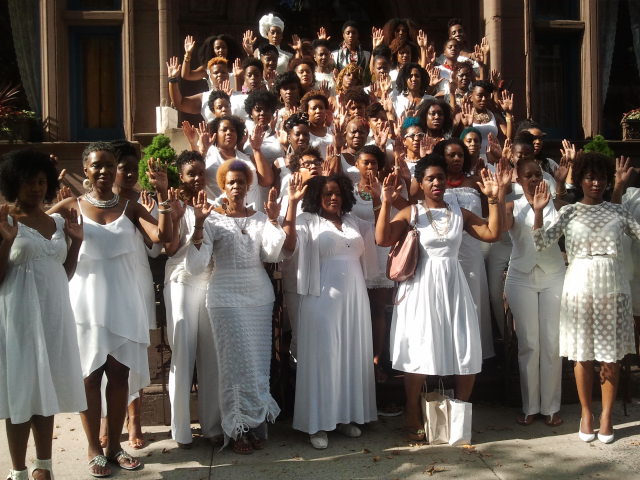 BAD Hair Uprooted; A NY Exhibition that Made International Headlines We are taking the Natural Hair Show to Afro Punk Fest

Una began her editorial career as a Vogue intern, spending many hours in what some consider the epitome of fashion, arts, and culture. After writing for Glamour and Vanity Fair, Una took the leap to writing full time for this little website you’re reading.