Actor, comedian, writer about “too many weaves”, a bad hair experiment and much more.

Can you please introduce yourself? Where did you grow up and go to school?
My name is Jason Lewis and I’m an Actor, Writer and Comedian. I’ve grown up in Ladbroke Grove (Notting Hill), West London and I went to Burlington Danes Secondary School (high School).

What made you want to become an actor?
It was the chance to walk in somebody else’s shoe’s for a brief period of time.

What has been your favorite gig until now?
My first gig in the West End, London . I went by myself and killed it. Was one of the best experiences of my life. I had people laughing so hard they jumped out of their seats and I got a standing ovation after I had finished.

Was this a comedian club?
The Comedy Funhouse @ Corks in Central London. Chris Rock and Dave Chapelle have appeared there. See the footage of the actual place I am talking about…….http://www.youtube.com/watch?v=TV2v37u39NY

What roll do you think would be perfect for you in which movie?
Anton Chigurh played by Javier Bardem in No Country For Old Men or Alonzo Harris played by Denzel Washington in Training Day.

What inspired you to write the Too many many weaves song?
Its an epidemic out here at the moment. I don’t know what’s more contagious right now, Hair Weave or Swine Flu? 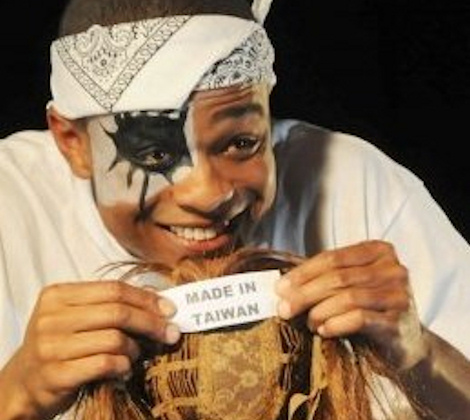 About the Too many weave video:

I’m happy for people to have their own interpretation of what the song means. For those who are yet to see the it, check out the video on www.youtube.com/iamjasonlewis. I can’t tell people how to listen to the song, that’s not my job.

What was/is the response?
Crazy! Everybody loves it…Best comment I’ve heard so for was on youtube which said…”Its only been two weeks and you’ve filled my MJ (Michael Jackson) void already”…. Its playing on radio stations all over the country (incl bbc 1xtra), its playing in night clubs, and its been ranked as one of most favourited comedy videos internationally on youtube.

Weren’t you afraid that Black women would be insulted?
Its a joke about hair weave worn by ALL women regardless of colour. At the start of the song I say “Black girl, White girl weave all day, buy hair from an Asian called Sanjay”….. I wasn’t afraid of offending women because I know women have a sense of humour.

Is Black hair an issue in the UK ? Meaning are natural hairstyles accepted in the corporate world, in schools ets?
Maybe. To quote a great man “When black hair is nappy white people aren’t happy…when black hair is straight white people think its great” – Paul Mooney. Black women need to realise their natural hair is beautiful regardless. Weave helps every now and then but they do not have to rely on it all the time. 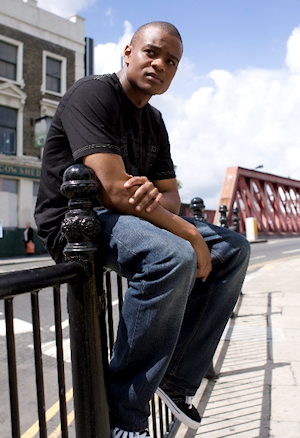 What do you like most acting, raping or standup comedy?
Acting!!! Lol.

May I ask why?
I’m not a singer, I just happen to be able to rap when I need to. I love being able to make people happy whether its by acting or telling jokes. I’m a people’s person so I like to satisfy. Acting allows me to do these things.

What was your worst hairdo? Do you have a picture?
Probably the one time it got relaxed. And no I don’t have a picture (thank god).

Is this a funny story because I usually ask to share a funny hair story or anecdote?
Yes. My hair was short and I wanted waves on top of my head, so I had the bright idea of getting my mother to relax my hair. However, when she relaxed it instead of waves on my head I got a damn tsunami!!!!!!!! Never tried it again!

Tsunami? I am not sure what to make of that.
Tsunami in the sense of all I wanted was waves on top of my head. But instead I got a Tsunami meaning it was a mess. There hair was everywhere. I couldn’t get a wave if I tried. It was just a complete mess. Shame I didn’t take a picture, everyone was laughing at me. Did it hurt? Yeah, my thoughts go out to woman who do it all the time. How did it look? Like I was confused!

What did you do to fix it?
Went to the barbers to shave it off. Even the barbers were laughing at me. lol

Have you ever dated a woman with a natural?
Pretty much every woman I’ve ever dated has had their hair relaxed but still weave-less.

Are you really against weaves?
No because they serve a purpose. But I find it hard to understand people who rely on weaves 24/7.

What can we expect next from Jason Lewis?
I’ve got two sitcoms and a sketch show coming out with BBC this autumn. But more TV (my own sketch show) and eventually Films from me in the future. Hopefully I’ll be crossing over to the U.S in future (who knows). 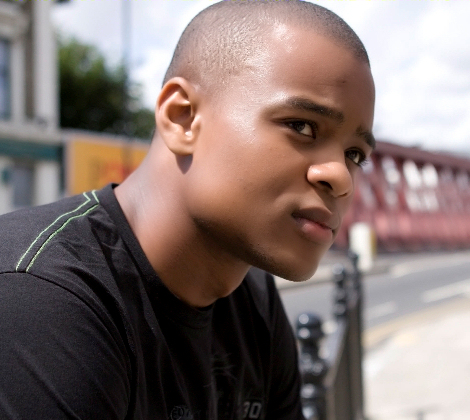 What are the names of the shows?
DOWN THE LINE, MIRANDA and COMING OF AGE.

Is there a site where your American fans can watch you online?
DOWN THE LINE will be showing in the states via ‘BBC worldwide’ in autumn. Miranda and Coming Of Age will be available for you to watch via the BBC iplayer http://www.bbc.co.uk/iplayer/ .
I do have a website which will be going live next week – http://www.iamjasonlewis.com. To see all of my sketches from my mtv show online check out http://www.youtube.com/iamjasonlewis. I’ll make sure and load up EVERYTHING I do this year on my youtube channel and my website for the audience in the U.S to watch.

What is our goal?
To succeed in life.

Well good luck then and thank you very much for doing this interview. I had fun doing it.

In case you haven’t seen the video yet

Bored with your hair? Try this! What Is The Best Way To Start Locs?

Why You Can’t Touch My Long Hair Video