It didn’t take long for this young adorable model to win over the population. 7 years on the planet, this girl from Suriname gained over 50,000 combined likes and shares on Facebook. Suriname is a small tropical country full of forests and a variety of flora and fauna off the coast of South America. Cherelice’s mother shared some information about her and gave insight into why she is such a heart-capturing little thing.

Cherelice figured out early in life how to be comfortable in her own skin. Her loose natural is deliberate and she loves every strand of it. Some people accuse her mother of not combing it, which is taboo when you have a daughter. She said that if people aren’t remarking about her daughter’s hair, they are trying to touch it. As she explains it, she gives Cherelice’s hair a weekly washing.

As her mother explains, her loose natural is just one of her daughter’s go-to styles. She also seems to love braids (with and without beads), twist outs and other hairstyles that other little girls love to rock.

The 7 year old has loved dance and fashion since she was a toddler. As her mother pointed out, her daughter loves Beyonce and Shakira; neither of which talks about their hair or weaves. The small model also gravitates toward viewing hair and fashion programming. Cherelice has confidence in her physical beauty, including her hair. She even questions her mother’s decision to straighten her own hair, referring to it as “fake.”

The small model often combs her own hair. In other areas, she shows the same freedom. For example she loves to use her tablet to look up hairstyles and she plays dress up with her dolls. When she’s not doing those things, she stays busy creating things out of sections of cardboard, or helping with cupcake decorating. Of course, she will strike a pose in a minute, without urging and whether a camera is handy or not. When there is a camera, she definitely turns on the charm, with positions and poses that make the camera fall in love.

Cliff San A Long, a well-known artist and photographer in Suriname,  also lists her as a favorite, having fell in love with her instantly.

Even with all the attention and fame Cherelice is achieving, her mother teaches her that it’s most important to be beautiful inside.

Her desire is to become a designer. To that end, she fills her pad with drawing after drawing and has accumulated a range of fabrications laden with beads, patches, glitter and sequins. The model has even handmade her own tops and skirts to which she then adds adornments to increase to their flare. All this, despite the fact that the family’s sewing machine broke.

Her mother explains what she believes is the secret behind her daughter’s early rise as a confident, sought-after model, “”It’s what you say that your child learns.” 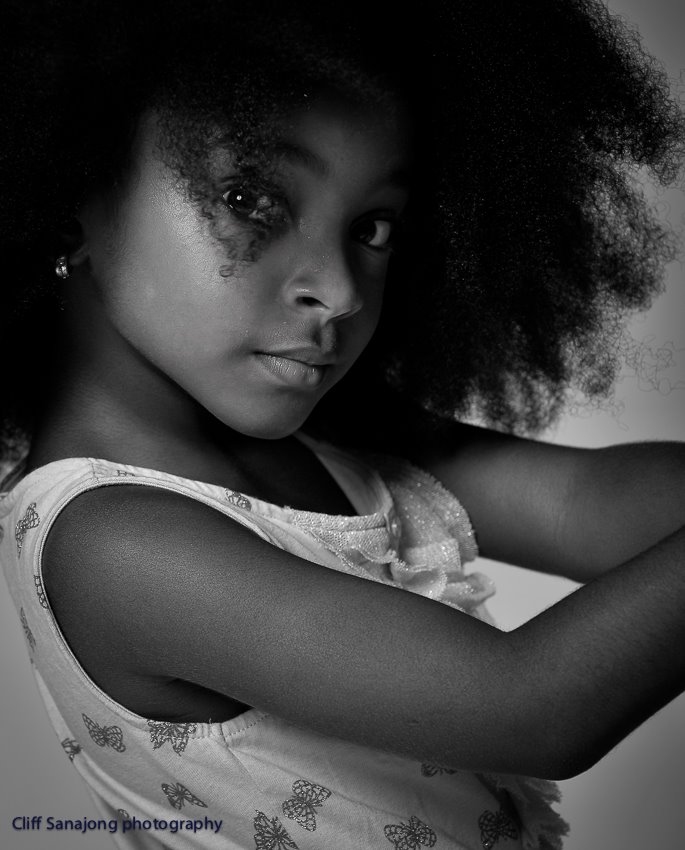 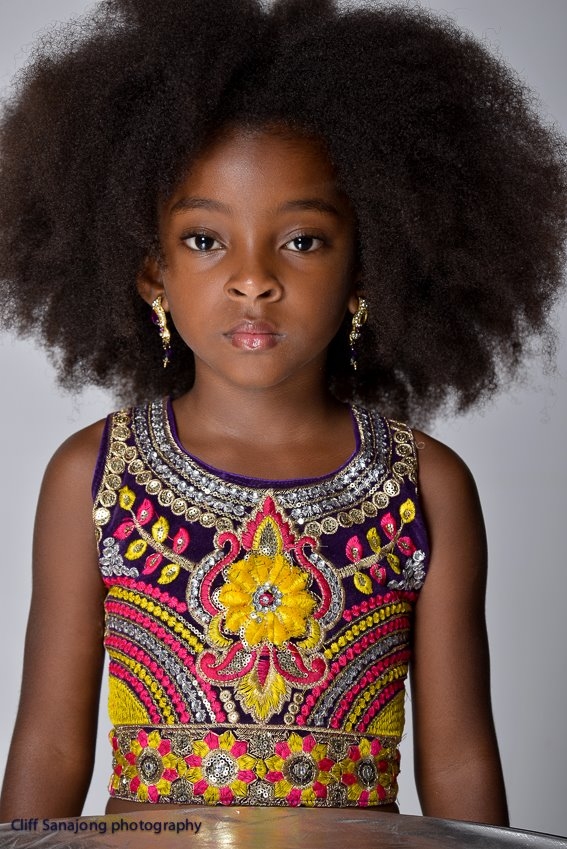 Her mom asked for hair product recommendations because Cherelice’s hair tends to get dry. Here is what we recommened:

The Clean Start to remove buildup

The No More Knots that even babies love, to detangle

Why You Can’t Touch My Long Hair Video