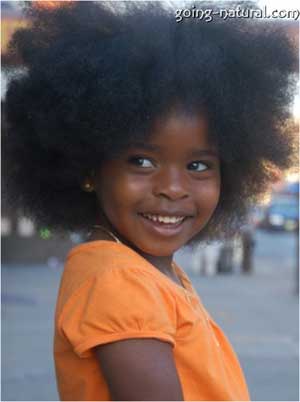 If you think the petition to comb Blue Ivy”s Hair, is too painful to read which it should be for anyone who understands where it comes from, imagine the pain the poster of the text must feel. Not being able to see the gorgeousness of an adorable little Black girl just because her she wears her God-given strands naturally is a sign of deep psychological trauma rooted in the history of slavery that just won’t go away. 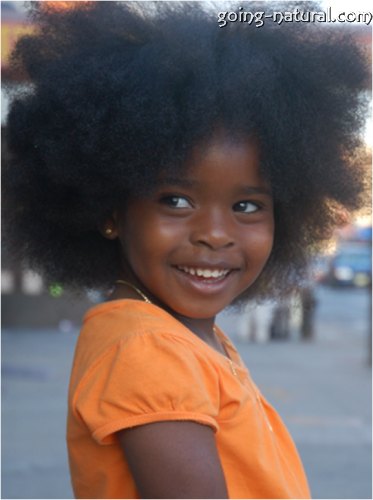 The portrait of this Little Girl was shot in Brooklyn. For more about this image see the Natural Hairstyles Gallery

As a woman who understands the importance of hair care. It’s disturbing to watch a child suffering from the lack of hair moisture. The parents of Blue Ivy. Sean Carter A.K.A Jay-Z and Beyoncé has failed at numerous attempts of doing Blue Ivy Hair. This matter has escalated to the child developing matted dreads and lint balls. Please let’s get the word out to properly care for Blue Ivy hair.

When this petition posted by a natural woman got critism the she defended herself according to the Daily News by saying:

“My hair (looks) like blue ivy right now except its moisturized and detangled,” she continued.
“Yes I’m natural! Have a seat to most people. I can care less about Beyoncé or (Jay Z) but I do care for the kids hair. People make nothing out of something. I love being black! I’m proud my bloodline runs from Africa. I’m proud of my own tightly coiled kinks. I’m proud of my big lips and brown skin. People just need to (breathe) and chill out.”

If you think the petition and her response are too painful to read which it should be for anyone who understands where it comes from, imagine the pain the poster of the text must feel. Not being able to see the gorgeousness of an adorable little Black girl just because her she wears her God-given strands naturally in a way that doesn’t meet her own madeup standards, is a sign of deep psychological trauma rooted in the history of slavery that just won’t go away.

While the Black hair trauma comes to the surface every time the kid of a celebrity wears their hair natural, the White part becomes visible when yet another natural hairstyle that is being rejected by corporate America, makes the headlines.

The fact that there was an outcry when Angelina Jolie’s cute adopted little kid wore her hair “uncombed” as they labeled it, when the President’s daughter Sasha wore cornrows and now that baby girl Beyonce wears her hair delightfully natural, illustrate the unequal rights literally at a fundamental level, the roots.

Not only do White people have the right to wear hoodies but Black people don’t. White people also have the right to wear their hair uncombed and even get credit for setting trends when they wear African hairstyles like cornrows, while Black people are being judged and even stereotyped when they wear their hair uncombed or styles that are meant to be worn by the hair type.

The deeply rooted notions about natural Afro hair are an unspoken crime against Black People in the Diaspora with disastrous ramifications. The stereotypical ideas are literally killing our follicles.

As Chimamanda Ngozi said in an interview with Zadie Smith in the Sheomburg Center for Research in April of this year “Black Hair is an issue”.

The author was probably not talking about the numbers but the fact that an overwhelming 73% of Black women are suffering from hair loss related to straighteners illustrates that. Not only is this percentage disproportional by any measure, it is higher than any other ethnic group despite the fact that Black women spend more than any other race on hair. Thankfully the New York Association of Black Psychologists introduced the term Hair Stress this Black History Month at John Jay’s College, a term every Black person immediately understands.

As long as there are no signs of neglect or abuse, every Black kid should have as much right as a White kid to wear their hair uncombed or in any style they like without there being an outcry. A Black man with uncombed hair shouldn’t be more threatening than a white man with uncombed hair just because of the fact that the strands are scientifically different and a Black woman should have the same rights as any other ethnic group to wear her hair natural.

More than creating awareness of unequal hair rights and the connected issues at large, I hope to shine a different light on natural hair with my upcoming exhibition BAD Hair Uprooted. By portraying the hardly seen beauty and versatility of Black un-oppressed natural tresses, I strive to change the perception of Natural Hair and the styles meant for the African follicles.

More about the exhibition and program: BAD Hair Uprooted; A Natural Hairstyles Exhibition celebrating the 10th Anniversary of going-natural.com