Before I arouse any angry responses, allow me to ask this question: Have you ever been with someone and you realize they have a habit or habits and/or lifestyle that you can’t stand?  Or as I’ve come to realize.  Simply aren’t in alignment with my own fickle lifestyle?  Good!  Then here lies a true tale (wink). 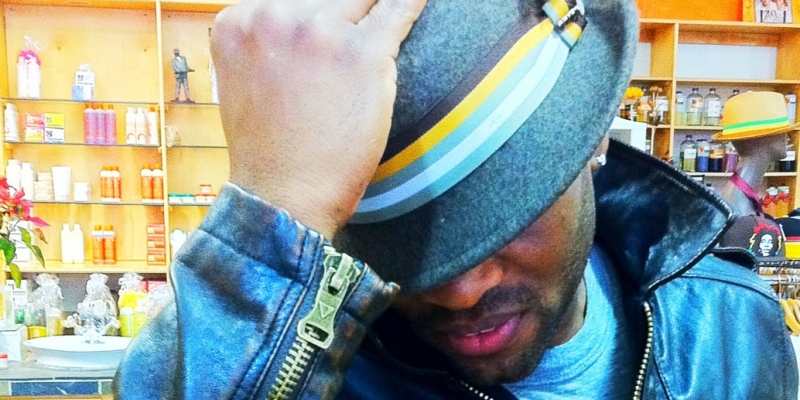 I once dated a woman beautiful in almost every way except a few, one of which was she dated me.  I can safely and securely say this because  I am now fifty (50) and I am just now learning what the better me looks like.  I’m not ashamed of this, for I not only believe I am a ‘soul sick’ being.  I know we are collectively ‘soul sick’ creatures.  We are soul sick because we don’t know who we really are and what role we are to serve in this grand Divine Life!

As an addict of any kind, I had to confront the fact that I am as soul sick as anybody else and totally capable of self destructive behavior.  Armed with this knowledge we can then begin to do the work to cure our soul sickness.  Yes, I digress for a moment but I will get this back on track shortly.

So this beautiful soul woman I was dating was flawed because she was dating coo coo and crazy!  The other flaw had all to do with a pet peeve I didn’t know I had or that mattered so much until I woke up to find myself being strangled by this woman’s weave.  Oh, yes!  I was in a full on battle with tentacles that had wrapped itself around my neck and plugged up my nostrils like poxy.  I kid you not, this thing had a life of its own and fiercely defending its territory like a Bear guarding her young.

I remember saying to myself, “self, this is bad!”  Her weave was angry because I managed to come between it and my lady.  There I was, battling with this thing and it was winning baby!  My lady woke up to me fussing, cussing and yelling that her “Surrogate” definition ˈsərəgit, -ˌgāt   substitute, proxy, stand-in, as I affectionately called it, was trying to kill me.

Here is when I realized she possessed a value that I look for first and foremost in a woman.  She had an awesome sense of humor.  A value seriously underestimated in today’s world and she didn’t deserve an ass hole like myself.  She and I laughed so hard as I was attempting to untangle myself from this monster and even harder when I called her weave ‘Surrogate’.

The woman is an Angel, she and I got along very well. We may have had maybe one disagreement the entire time she and I were together.  Which is no small feet, because I’m from a long line of ‘fusser’s’ on my Mother’s side of the family and ‘hot heads’ on both sides.  How long oh Lord, how long!  She never got upset when I belly ached about the weave shedding and ending up everywhere, kitchen, bathroom sink, shower and all over my clothing.

Excuse me for this description but if I go to the men’s room and see hair follicles anywhere near the urinal.  I can’t use that urinal and must find a clean one before I can relieve myself.  If I find hair anywhere in the kitchen or near the food…I’m not eating.  This was my situation and it really wasn’t her fault.  It was this monster’s fault for leaving its trail everywhere. Her Surrogate hated me and I hated it.

Strangely enough I had dated women who had weaves before and I don’t remember it ever bothering me as much as this thing did.  Which is why I knew it hated me, but it made me become very aware of how important natural hair is to me and my lifestyle.

I am very affectionate and touchy feely and I like to massage my woman’s scalp from time to time. Not a planned event, but a natural ebb and flow of spontaneous affection that I enjoy bestowing on my woman.

I also luv water activities and at any given moment I might want to run and jump in the ocean or make passionate sweet luv to her and things tend to get very wet.  Which always leave us both is a puddle of luv’n essence.

I had to make an appoint to be spontaneous with her and that was really the crux of my issue.  I’m a very impulsive, spontaneous, engaging, highly stimulated soulful being.  In this relationship massaging my woman’s scalp was out of the question and water activities had to be planned out with her ‘Surrogate’ first.  Damned albatross around my neck for sure.

Again, she was very sweet soul and we were able to have very good and fun dialogue about it.  It took a while but I finally got her to try and go natural.

Listen, you want to talk about trying to kill me!  When her ‘Surrogate’ found out I was trying to get her to go natural World War III broke out.  One early morning, again the ‘Surrogate’ had gotten a hold of my neck and nostrils and was really giving me the business, between her ‘Surrogate’ and cat which I’m allergic to, they formed a formidable tag team for which I could not fight off by myself.

The weave was choking me while the cat quickly locked the bedroom door and I could have sworn I heard that cat say, “get his ass! and the ‘Surrogate’ responding with, “got his ass!”

I’m a fighter and I don’t just lay down when my ass is being kicked or even threaten to being kicked.  I fought them both off me, got to the door and was out of there.  That evening my lady saw the collateral damage that was her stupid cat and her ‘Surrogate’.  I will not say what happened to either but I won the final battle.  She decided to go natural and she never looked better.

What a beautiful crop of short curly hair she had, a natural Jerry curl thing going on and it matched her beautiful round pie face.  “Yes” I thought to myself…nature over nurture.  Nature wins again!  She and I didn’t stay together which I take total responsibility for and we are good friends to this day and I would welcome being with her again.  I took on a gig that had me on the road for the past three (3) years and we grew apart from there.

Lastly with respect to those who have medical reasons for having a weave.  If you value and care what a man thinks and what a man likes about a woman.  There is nothing more beautiful than a woman’s natural hair and beauty.  It is such a delight to wake up to the same woman you went to bed with.

Joie de Vivre is a Writer/Producer (film), Entrepreneur, M.C./Comedian.  K is finishing two (2) books “Cher Chez La Femme” and Producing his first major film, screenplay “Ice Cream…there are no short cuts to it!”  He has written other screenplays;  Lords Of Zero Gravity, Midnight At Times Square, In Search Of The Infamous Professor Moriarty, The Cure, Bar Talk and the Return Of The Car.

A father of two (2) children and four (4) grandchildren K is a vibrant, fun, funny, passionate, stimulating, engaging soulful writer who enjoys a life devoted to service.

What to expect in 2016 Ahava Felicidad in support of BlackFollicles.com