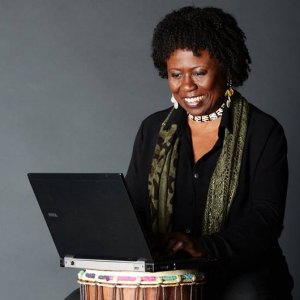 A Xerox image worth copying. A few months ago, my friend Louise sent me an article with good news about the appointment of Ursula Burns as chief executive officer of Xerox. The appointment makes her the first African American female to head a Fortune 500 company.

A few months ago, my friend Louise sent me an article with good news about the appointment of Ursula Burns as chief executive officer of 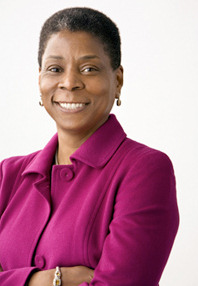 Xerox. The appointment makes her the first African American female to head a Fortune 500 company.

The article had a photo of Burns wearing a very short natural hairstyle with a sophisticated streak of gray.

“She has natural hair,” Louise wrote in a note accompanying the article that she sent. “Way to go!”

I sent a message back to Louise, who is a communications consultant and psychologist, asking her to explain why she was so excited over Ms. Burns’ hairstyle choice. She had plenty to say.

“She’s changing the standard of what’s considered professional,” she replied. “I remember when natural hair was just something that artists, students, and activists wore. When I did presentations at historically black college and university journalism programs around the country wearing my braids and dreadlocks, many women would ask me whether having natural hair would hurt them in the job market. I remember when the former founder and dean of FAMU’s (Florida Agricultural and Mechanical University) School of Business wouldn’t let students wear braids or dreadlocks.

“I believe that if you’re excellent at your job, your hairstyle is inconsequential. I assume that the sister CEO of the Fortune 500 company must be a supernova.”
Supernova might be too strong a description for Burns, but she does have an impressive background and stellar professional career.

She was raised in the housing projects of Manhattan’s Lower East Side by a single mother who worked hard at several jobs to send her to Catholic school and college. She earned her Bachelor of Science degree in mechanical engineering from New York University and her Master of Science degree in mechanical engineering from Columbia. In the summer of 1980 she joined Xerox as an intern and was named president in 2007. Now as the CEO, Burns leads a corporation that has a reported market value of nearly $6 billion and revenues of $17 billion.

Burns may be wearing her hair naturally simply as a matter of personal preference. But whether she intends to or not her image is making a positive and powerful statement. She is showing that if you have confidence you can claim your own standard of beauty, and if you have substance, a mere hairstyle cannot hold you back.

This article was written by Linda Jones from www.manelockcommunications.com and www.nappyhairaffair.com