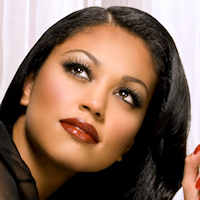 Kala : nice! Do you see the difference in your face when you look slightly up into the camera or straight ahead versus slight down?? When you have a low angle shot, your eyes look tired and you look like you have a double chin. But in all the others you look fresh. Focus on those ones!

Jalitha: Great! You’re make up looks good. You look good! Your pictures could be a make up campaign! Really well done!

Carlie: After last week’s shots, this is disappointing. I cannot see your make up or what look you were going for! The flash is so bright it almost erases the little make up you had on. And in the shot of the cheetah print make up, i see what you were going for and it had potential but it failed, the photography, the styling, not working for me. I found it uninspiring and if i didn’t know the shots were about make up, i’d struggle to know what this was about.

Nefertiti: Great job! Your first shot is fierce!!! Totally sold it to me!

Reshonda: You look really pretty in your shots, but i don’t see the “wild side” you were trying to show us. Your shots are really pretty, but i would have loved to have seen some “FIERCE”!

Natasha: you need to work on what camera angles work best on your face. When you get shot from low it doesn’t look good, it gives the illusion of a double neck and its just unflattering. Whereas when you look slightly up to the camera it’s much for flattering! Make up looked really messy and therefore i wasn’t sold on this shoot!

Desyray: Although you look nice underneath the make up, I don’t like the make up look. The look on the eye lid is so dated and tired. You should buy some magazine to see what looks the fashion sections are going for. The white eye shadow just under the eyebrow on dark skin looks terrible and the rest of the eye shadow just had nothing to it. Saying that, you looked good but it was about the make up which i don’t think you did much justice.

The best for me this week is Nefertiti

Win a Trip to and a photo shoot in Suriname!