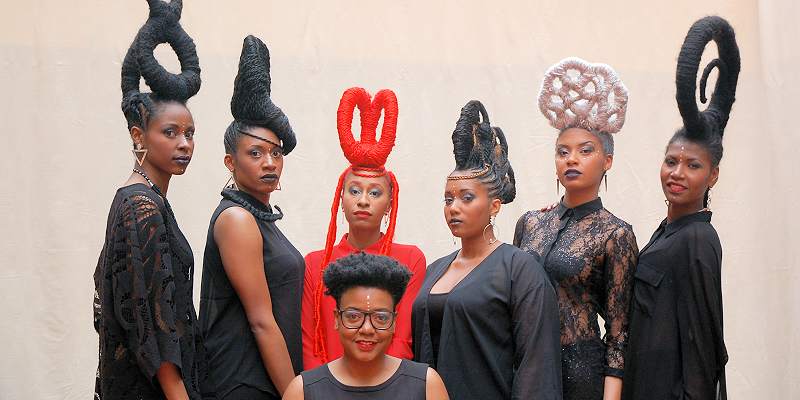 You’ve heard so much about the celebration of Natural Hairstyles in Paris but now that the video is out, you can see for yourself what Boucles d’Ebene, the natural Hair Show in Paris, is all about.

As the owner of Going-Natural.com, I was invited to present BAD Hair Uprooted, the story behind my exhibition and of course I took the opportunity to share the vibe, hairstyles and everything of this wonderful event with you.

For those of you who don’t know it, the natural hair movement is rooted in the 60’s when the Civil Rights Movement planted the seed that Black hair is beautiful, forever changing beauty standards by putting the Afro on the map. Still today, the Afro is the only African hairstyle that ever dominated the fashion world. Everybody wanted an Afro in the 70’s. White people used detergent to frizz up their hair just for that look. Before that we didn’t dear to wear our god-given tresses natural.

Also Read: What the Afro Means to Me

The ones who kept our roots alive, after the Civil Rights struggle, when the relaxer was invented and the majority of us were straightening our strands, hardly get credit. Allow me to explain.

At the very root to keep the natural hair movement going is a small salon named Kinapps which opened its doors in 1985 on Flatbush Ave in Brooklyn.It was history in the making when the owner of the salon, visionary Ademola Mandela,  started offering services for Black people that didn’t exist before. Certainly not on a professional level.

Kinapps was the first salon ever where Black people could go to get dreadlocks groomed professionally and their services laid the foundation for the growing natural hair movement that is alive and well today.

Many of the natural hairstylists, locticians and salons we see today got their start at the little salon with a very own beauty standard. Khamit Kinks and Locks and Chops are two of the longest running natural hair salons that emerge from that time.

As an IT-graduate who had been building websites since the early years of internet in 1996, I was happy to do my part with kroeshaar.com and going-natural.com, helping to lay the digital footprint that took the natural hair movement to a whole next level.

I am as thankful to the natural hairstylists who showed me what my natural hair could look like as I am to the youtubers who are sharing what they know, giving women worldwide the confidence to try out new things.

As you can see by watching the video of the Natural Hair Celebration in Paris, the Black Hair revolution that once started with the Civil Rights in America with the bush and carried trough by a single salon offering loc grooming services has grown astronomically and is unstoppable.

Thanks to the world wide web and social media we can celebrate natural roots together on an international level. The next Boulces d’Ebene is in 2017. I hope you enjoy the video and that it inspires you to join me for the next natural hair celebration in Paris.