Be warned that your “different-ness” will often single you out and will make you and instant celebrity in some places in the region. My travels around Asia have yielded some pretty funny situations that are primarily due to my skin colour. In Cambodia and Thailand, people pointed at me and yelled out “Obama!” 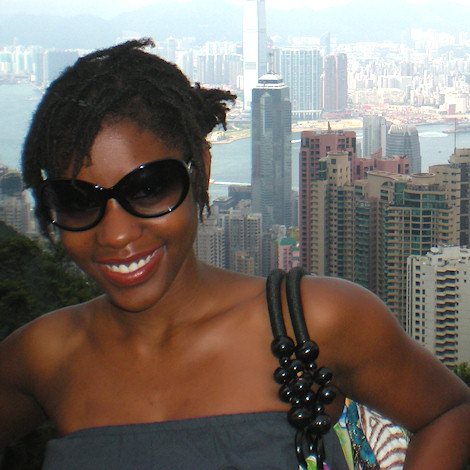 It wasn’t until I packed my bags and headed off to France for a year-long study abroad program that I realized that I had been bit by the travel bug. My year in France, which took place during my third year of university, opened my eyes to the world and ignited my passion for discovering foreign lands. My appetite for travel was whet, and my mind bursting with possible travel itineraries and wish/hit lists. After all, I was in my early twenties and this was my first time in Europe (and my first time outside of North America)- I had lots of catching up to do! I spent the year studying French literature, backpacking through various destinations in Western Europe, and plotting for a way to come back to Europe after my study abroad stint finished at the end of that school year.

That was about eight years ago, and my thirst for travel still has not been quenched. I have travelled to about 40 countries and am a four-time expat who, after having expatriated to France all those years ago, went on to move back to France the following year, then onward to Mexico, before finally winding up to where I am currently, Hong Kong. I am soon to be a five-time expat- I am moving to London, UK in the fall!

Despite my previous relocations to France and Mexico, people are most curious about my move to Asia, and understandably so, as it is just so darn far from home and the culture and language are so vastly different from those of us who are from North America have come to expect. I moved to Hong Kong nearly two years ago for work and have used the opportunity to learn about (and travel around) the region.

Hong Kong is a spectacular city- its glitz and skyscrapers and fast pace have lead many to dub it the “Asian New York”. But for all its “Asian-ness”, there are a lot of Western touches and comforts that make the place feel familiar and quite a bit like home. English is spoken widely here, which is extremely convenient. The only downside is that I haven’t learned any Cantonese or Mandarin!

While I get asked a lot of questions from a lot of different people about living abroad, I often get questions from brothers and sisters about what it’s like for Black people living in places like Asia. I’m not going to lie- my dark skin and dread locks incite a lot of interest and curiosity. Be warned that your “different-ness” will often single you out and will make you and instant celebrity in some places in the region. My travels around Asia have yielded some pretty funny situations that are primarily due to my skin colour. In Cambodia and Thailand, people pointed at me and yelled out “Obama!”, while in China, I couldn’t move 100 feet without people snapping my picture with their camera phones. In South Korea, people were generally respectful and asked to take my picture, but there was one incident in Seoul where a woman forcefully grabbed me so that I could be in her photo! In Hong Kong, the local Chinese are generally accustomed to foreigners, but I still have had a number of Chinese people here come up to me and touch my hair without asking. That being said, the vast majority of interactions I’ve had in Asia have been extremely positive, and the attention can actually be flattering!

Living abroad has been a fantastic experience and I feel so blessed to have had the chance to do so. Expat life has been rewarding and I have learned and done things that I would have never imagined! The thirst for travel is still alive and well for this voyager- the only question is where to next!

Oneika Raymond is a high school teacher and travel junkie who has travelled to nearly forty countries.  Originally from Canada, she is currently teaching French and English at a high school in Hong Kong and has previously taught in France and Mexico.  She writes about teaching, her travels, and her life as an expat on her blog “Oneika the Traveller“.

Dorcas Meyers the woman behind the Roc-A-Natural Hair Expo

Una began her editorial career as a Vogue intern, spending many hours in what some consider the epitome of fashion, arts, and culture. After writing for Glamour and Vanity Fair, Una took the leap to writing full time for this little website you’re reading.