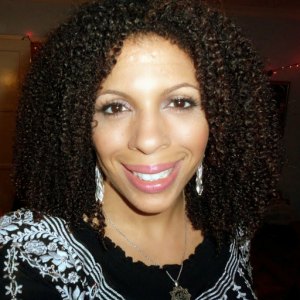 A couple of weeks ago, I was at someone’s home talking with another woman who was also a guest. As we talked, my two sons were hovering around, quietly doing their usual Power Rangers imitation. My six year-old popped over to demonstrate some of his moves for me, and this woman, who happened to be white, reached over and rubbed his head.

A couple of weeks ago, I was at someone’s home talking with another woman who was also a guest. As we talked, my two sons were hovering around, quietly doing their usual Power Rangers imitation. My six year-old popped over to demonstrate some of his moves for me, and this woman, who happened to be white, reached over and rubbed his head.

“His hair is so cute!” she exclaimed.

Whenever someone makes a comment about my children’s appearance, I always make sure to respond back by emphasizing some virtue or admirable quality that my sons are demonstrating, like kindness, truthfulness, and politeness. In this instance, I shared how proud I was that earlier in the day, my son had, unasked, offered his subway seat to an old lady. My son beamed under this praise and then ran off.

My acquaintance continued on, sharing more of her opinion. “His hair’s so cute that it almost makes me want to marry a guy who’s black so I can have kids with hair like that.” She chuckled at the thought and started telling me how much she hated her straight, blond hair.

Then she speculated about what hair color and texture her future biracial children might get. She wondered if she’d “get lucky” and have some mixed kids with blond-tinged ringlets and blue eyes, because, “Those are sooo cute!” And hopefully, their hair wouldn’t be so “coarse” that she couldn’t manage to comb it.

I sometimes think people say the kinds of things she was saying when they’re trying to show how cool and un-racist they are. I get annoyed by those kinds of remarks but I didn’t want to start a debate at this get together. So, I replied back that I think everyone’s hair is cute, as long as it’s clean and healthy. And, I shared that it bothers me that black children, particularly girls, are often made to feel like their hair is ugly unless their hair is straight.

I’ll admit though, I couldn’t resist bursting her blond-ringlet bubble. I told her that black children, as well as half black and half white children, can actually get lots of different and equally beautiful textures of hair on their heads. I shared that I am biracial, but I don’t have blond-tinged curls on my head, even though there are a few blonds in my dad’s family.

She exclaimed that she would never have guessed that I was biracial because my hair just seemed “like any other black person’s.”

Suddenly my three year-old came running up and rescued me by asking me to take him to the bathroom. The woman ended up leaving early and I didn’t talk to her again. But, when I got home that night, I really started to think about how my boys are undoubtedly absorbing that there is some sort of intrinsic value, or lack thereof, to the texture of their hair.

Even before my eldest was born, I had several black women tell me that I should hope for a boy because boys are easier to raise. I figured they were talking about how with boys I could avoid the drama that sometimes happens between teenage daughters and moms. Instead, these women shared that one of the main reasons having a boy would be easier is that I wouldn’t have to deal with a girl’s hair. Having a girl would curse me with hours of detangling her naps. Then I’d have to learn how to braid her hair. And, once she hit her pre-teen years, I’d need to start spending hundreds of dollars a year to get her hair chemically straightened. One woman told me, “But your daddy’s white so maybe you’ll luck out and that “good hair” will skip to your kids.”

According to that point of view, I did “luck out” because after my first son was born, folks regularly commented that he’d gotten a “good grade of hair.” And I was given lots of advice on how to keep his hair that way. One well-wisher told me to put baby oil in his hair so it wouldn’t “turn” nappy. Another told me not to cut it too soon because this would also “turn” his hair.

As my sons have grown, they are both very handsome. One time, a woman in Macy’s was so taken with them that she loudly proclaimed what future lady-killers I was going to have. She leaned my way to conspiratorially whisper, “’Cause you know sista’s love them some boys with good hair. “

In case you’re unaware what “good hair” is, in some parts of the black community, it’s hair that’s less kinky. It might be slightly wavy. It might have spiral curls. It might be bone straight. But, in all its incarnations, “good hair” means hair that’s closer to the texture of someone of European descent. The further away you are from the tight coils of Mother Africa, the better. Of course, black folks didn’t just come up with this “good hair” notion all by ourselves. Nope, it’s the result of being socialized to value a European aesthetic as the epitome of beauty.

Just yesterday we were driving through Hollywood and saw a billboard of Beyonce. My six year-old commented, “She has pretty hair.” Indeed, if my sons happen to see images of Beyonce, Mary J. Blige or Queen Latifah, all successful black female artists that have been embraced by the mainstream, then they’re seeing thousands of dollars of blond hair weaves, wigs, and lace fronts. What does their natural hair look like? We really have no idea.

But, I can’t just blame celebrities or the comments other people make. When my boys were younger, I had natural hair. And then a couple of years ago, I chemically straightened it because I was stressed about looking professional enough at my job. So, I suppose it could be argued that on some levels I’ve bought into the same socialization I want to shield my sons from. I’m also teaching my sons that what grows out of my head is “bad”.

Obviously I don’t want my boys growing up thinking that they have “good” or “bad” hair. But I also have to take personal responsibility for some of it. So, I’ve started to think about cutting off all my straightened hair and just letting the natural texture grow out again. That way I’d be modeling for them that my natural hair is “good” hair. After all, if appreciating who they are doesn’t start and get reinforced in my home, I’m not so sure they’ll learn it anywhere else.

Liz Dwyer lives in Los Angeles with her husband of eight years, Elarryo Bolden and her two sons, ages six and three. Her great sense of adventure and desire to learn about diverse cultures took her to Guangzhou, China where she taught English to third and fourth graders, picked up some Mandarin, and managed to get into seven bike accidents. Liz taught in Compton, CA for three years and later worked for national education non-profit Teach For America. Liz has written and reflected on the world around her for the past three years at Los Angelista’s Guide to the Pursuit of Happiness. She’s currently freelance writing and working on her first novel.