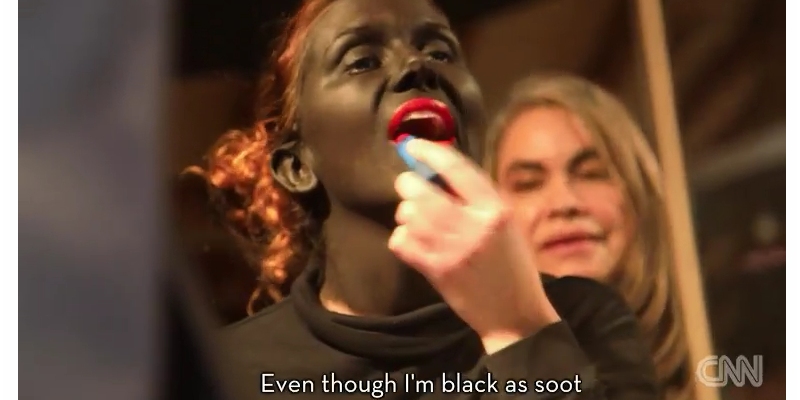 Facebook disabled the account of Sylvana Simons, the first Black woman to ever host a talk show in Holland. Not because she is a beautiful natural but because of so called identity issues.

Facebook disabled the account of Sylvana Simons, the first Black woman to ever host a talk show in Holland, because of so called identity issues.

This came after the TV host fiercely spoke out against Black Pete, the controversial Dutch holiday that divides the country and was discussed in the CNN documentary ‘Blackface’: Dutch holiday tradition or racism?

A post on facebook in which Miss Simons expressed her disgust of the racially loaded responses a colleague of hers received on the Black Pete Issue, went viral with more than 11.000 likes and thousands of shares.

It is unclear why the outspoken TV host has to identify herself at this moment in time after she has had her account since 2009 and never had any identity issues with facebook before.

“This comes at a very weird moment and it’s quite strange that I have to proof my identity all of a sudden after being on the social media for so many years, said the host in an interview with Guilly Koster from New Media Platform.

Facebook asked me to proof my identity so I sent them the requested paperwork. Now I am just waiting to see what happens. I don’t believe in conspiracies but if there is one against me, it won’t ever stop me from speaking the truth.”

You know the story. Every December jolly St. Nicholas visits the children of the land — accompanied by his servant, Black Peter, a goofy, singing, candy-giving Renaissance-clad figure in blackface, giant red lips and a curly wig.What? That doesn’t ring a bell? http://cnn.it/1Poc9uq