As the first block buster movie with a Black Super hero, a nearly all Black Cast, Black Panther broke so many barriers that it is worth celebrating on all levels. With 200 million it is the highest opening in February and the fifth largest opening of all-time, we are celebrating the fact that the film features solely natural hairstyles so we got the best natural hairstyles of Wakanda from around the web for you. Enjoy and feel free to add your own.

END_OF_DOCUMENT_TOKEN_TO_BE_REPLACED

The last time I fell for a hyped up movie was Avatar. That film was great but Black Panther is even better! Where Avatar is a complete fantasy Black Panther is very much a real life story that interchanges between daily life and a futuristic utopian nation.

Black Panther has everything. The story is good but what makes the movie great is how the past is interwoven with the future and the many layers it conveys. Advanced technology kept up and protected by ancient tradition. African Djembe rhythm scores supported by Kendrick Lamar’s latest number one tracks, traditional spears and garments advanced with Vibranium,  a high end element that keeps the traditions, the land and its people safe.

Wakanda, a fictional place that is I am sure now home to many, is an absolute beautiful idea.  A perception of what Africa could have become had it not been stripped from its resources and its people. The most beautiful place on earth as Erik Killmonger, the villain played so well by Michael B Jordan calls it, is not just heaven on earth. Like every nation it has its own challenges. Fundamental questions from how to protect its citizens to what the nation’s responsibilities are when it comes to the rest of the world are only a few of the challenges that the new King T’Challa played Chadwick Boseman, has to deal with.

When you think about it Killmonger, although scary with a body full of marks for every person he has killed, doesn’t even fight for a bad cause. The villain’s idea to equip Black people all over the world to fight back on all levels, including socially, is a great but the attempt to take over by killing using the indestructible  weapons of Vibranium, not so much. King T’Challa states his responsibilities clearly; he is king of Wakanda, not of the world. His job is to keep the people of his nation safe and their warriers only use force when absolutely necessary.

The Malcolm X versus the Martin Luther King arguments that play out in Wakanda are worldly questions not black and white issues with clear cut answers. As author Brooke Obie  put it, “Self-preservation at the cost of everyone else lays the trap for self-destruction.”

The diversity of women in various key roles is not just strong, it’s fantastic. From chief warrier Okoye, brilliantly played by Danai Gurira to the James-Bond-like tech gadget developer super funny sister of the king, Shuri played by Letitia Wright, women are equals. There is no battle between the sexes, there are conversations. When W’kabi played by Daniel Kaluuya from “Get Out” falls on his knees to submit to his great love Okoye, it’s after he looks around and sees what is at stake. An iconic moment they both choose Wakanda. Wakanda foreva!

What puts Black Panther in a league of its own is its unexpected side-splitting humor connected to profound cultural references that not everyone may get. Like this new heroic or better yet iconic hairoic moment that equals Pam Grier pulling out a gun of her fabulous Afro.

The whole building up to that moment when lead warrier Okoye walks into a casino bar with a straight wig to fit in, is seriously amusing. Then when she pulls it off her head in the midst of chaotic fighting scenes that puts you on the edge of your chair and uses the “the ridiculous wig” as a weapon, smashing it in the face of the enemy, it is just hysterical.

Although the whole theater burst out laughing, it may be a layer to deep for everyone to get. While Variety writer Peter Debruge sees it, wrongly in my opinion, as the most gay-friendly Marvel moment to date, the message should not be lost.

Given the fact that all styles of the lead characters are natural, from short shaven styles from the female warriers to Nakia’s (Lupita N’yongo) bantu knots, Black Panther also sends a clear message about beauty standards and natural hair. Even if people don’t get it, it is still great that the film planted a seed.

Black Panther is not just a film, like Avatar, it’s an experience. The costumes are vibrantly beautiful, the scenery is nothing like you’ve seen before and the cast just outstanding. The scenes take you to a beautiful even magical tech advanced futuristic place hidden in the mountains of Africa while sketching real world issues with a bright sense of humor. It’s an experience I hope everyone will have. 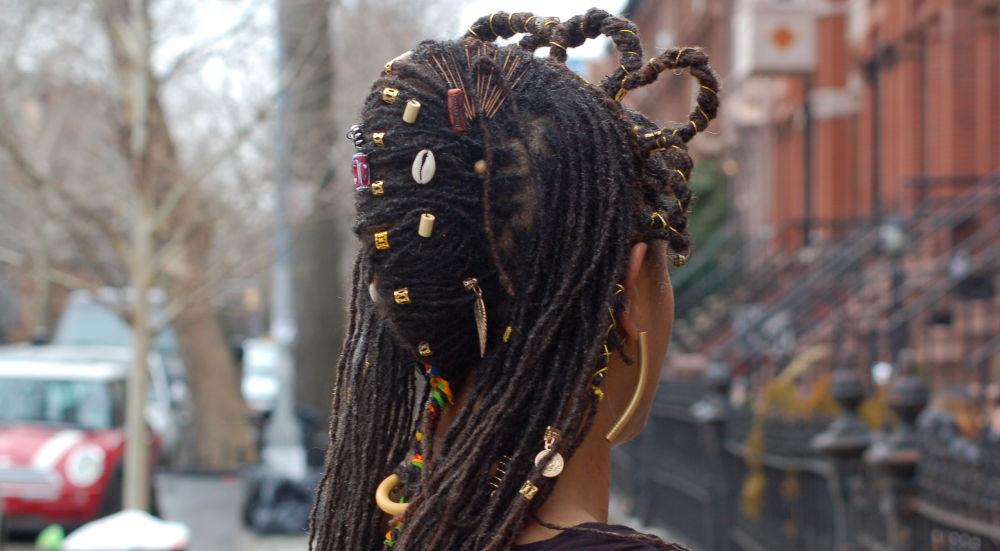 Did you know that all the hairstyles in the Black Panther film are natural? Hairstylist Camille Friend the visionary behind the fabulous hairdos rocked in Wakanda was really firm about keeping it natural and I for one are thankful for that. More than thankful, I am inspired and that is why I call for the #BlackPantherharstylechallenge calling for everyone to rock their #WakandaHairstyle!

END_OF_DOCUMENT_TOKEN_TO_BE_REPLACED

While the Black Panther movie is breaking all records before it even premiered, you probably already have your tickets yet still thinking about that outfit you are going to rock on the historical night to be. Everything, just everything seems to have perfectly come together in this film, the cast, the music, the characters, the story, the costumes and goodness the outstanding natural hairstyles! From the bold bald naturals to Lupita’s Bantus and Michael B. Jordan’s Loc quiff, the hairdos are just inspiringly awesome!

So before thinking of an outfit, it might be a good idea to think about the hairstyle you will rock, this Black History Month when the first ever Black super hero will be launched on the big screen in theaters worldwide. The choices are plenty.

You can go boldly bald like Okoye, the character played by Danai Gurira, who sharply rocks razor cuts like no other with her expressive face, flawless skin and eyes that are mysteriously fascinating.

You can also go with one of Angela Basset’s styles that vary from a super elegant hat that fits an African queen to simple cornrows braided in straight parts to the back.

There are also Shuri’s styles to take inspiration from, the character played by Letitia Wright , T’Challa’s kid sister who rocks a intricate braided rolled updos that exuberates royalty. 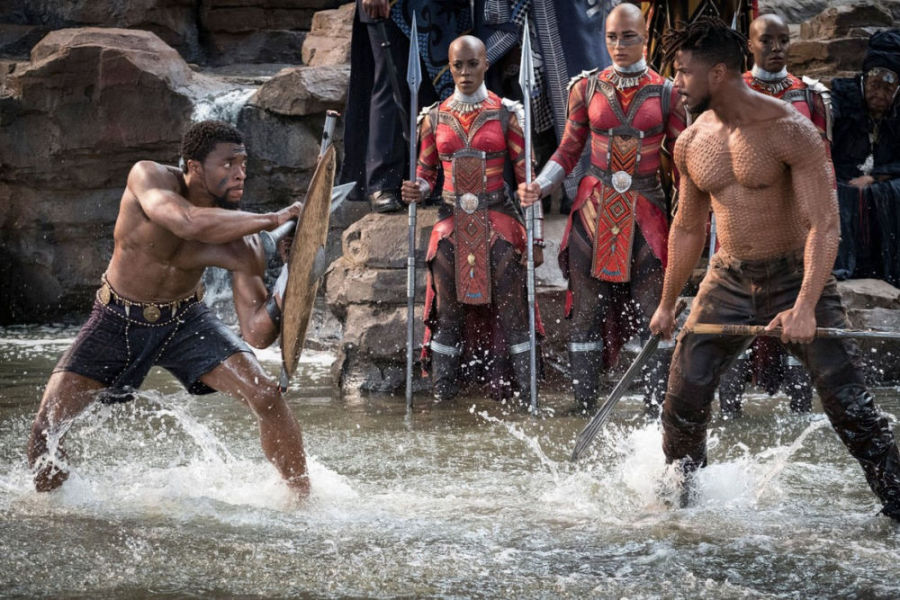 Then of course there is Nakia played by  Lupita Nyong’o Oscar-winner of 12 Years a Slave  who is a natural hairstylist herself. In the Black Panther movie nakia wears her hair in Bantus, Bantu outs a fro, you can even see her rocking head scarves in her role as warrior goddess, guardian of Wakanda’s King T’Challa but never she fails to look flawless!

There is no lack of inspiration on the men’s side either. From T’Challa’s coily fro, the king to be played by Chadwick Boseman to the villan N’Jadaka played by Michael B. Jordan who rocks his locs, the natural hairstyles fascinatingly match the personalities of their characters.

So in anticipation to the premier I call for the #BlackPanterHairstyleChallenge. Please join by rocking a #WakandaHairstyle! You can create it yourself or go to a salon to get your #WakandaHairstyle for that special day to walk in and out of the theater where you watched the Black Panther Movie that opening weekend.