The woman behind Toronto Naturals. 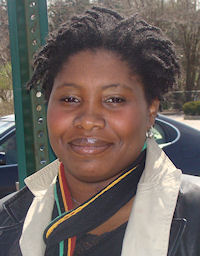 Hello Stephanie, thanks for taking the time to talk to going-natural.com. Can you please introduce yourself to those who don’t know you? Where you born and raised in Toronto?
My name is Stephanie Joseph, founder of the Toronto Natural Hair & Beauty Show. I just turned 33 in April, I was born in Toronto, Ontario. I am married with 2 children. A 16month old daughter and a 14 year old son.

So you have this great idea many people have ideas but the problem is always the start. How did you get started?
As I mentioned in the previous question, it basically grew out of the great response from the 60+ people that showed up at that event. The those in attendance, encouraged me to have another one, because they had liked the idea. The idea to hold a gathering for those that wear their hair natural came from, Linda “Mosetta” Jones who founded A Nappy Hair Affair http://www.nappyhairaffair.com/about.htm

What was the most rewarding moment?
The most rewarding moment for me was in 2005, when I was selected by a television show called ECHO to feature the show on their program. Echo is a weekly, half hour magazine style program that highlights the accomplishments, achievements, progress and personalities of successful, second and third generation Canadians and beyond. Interweaving four different segments – career, style, arts and entertainment and self – in a sleek and sexy manner, this ground breaking program provides a platform for the newest generation of minorities who have excelled in their respective fields on a mainstream level. The show is still in rotation to this day, so at least once a month, the show is featured on their. 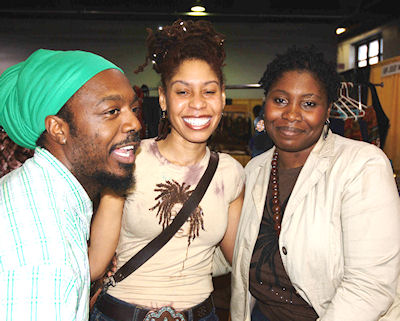 Were you natural all your life? If not, when did you go natural and why?
No, I went natural in 2002. Initially when I went natural, I just wanted a new look. I wanted to sport a short style, that would be very easy to maintain. I’ve been fully natural ever since.

Toronto Naturals exists to uplift and change the mindset of people who wear their hair natural. Do you think you succeed in your goals and how do you know?
My goal each year is to see the show grow bigger in attendance, and that goal has been met every year. My goal for next year forward is to make this show a 2 day event. My last goal is to have this show known to ever black person in Toronto. Just like Caribana is know to everyone.

I read on your page that you like cooking and dancing. What is your favorite dish and what kind of music do you like to dance to?
I am a huge lover of Greek & Thai food.

You are married and you have a beautiful daughter. How do you take care of her hair?
I take care of my daughter’s hair, by washing it once a week, and using a product called Nature’s Blessing. 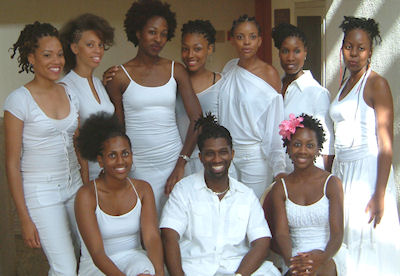 Would you allow her to relax her hair if she asked you?
It depends on how old she, is. By me constantly talking about how beautiful and unique our hair is naturally, hopefully she won’t get caught up in the LYE (pun intended). If she is 16 and she asked me to, I would not stop her, but, I would make sure that she has all the facts in order to make an educated decision.

What would you say or do if she likes to wear her hair out like other girls? Would you consider locking it?
It maybe something that I would consider, however, I would probably style her hair in two strand twists as a first option.

You see more and more children with relaxed hair at an even younger age. What do you think about this?
I think it is very sad, and damaging, and can, cause a child to have Self Hatred.

Here is a reality. Mothers these days have a really busy schedule. Besides working they take care of food, house hold stuff like washing clothes, taking the kids to school. They hardly have time for themselves. So their argument is it’s easier and to take care of their daughter’s hair when it’s relaxed. What would you say to these mothers?
I would say, I know where you are coming from, being a mother of a daughter myself, but keep in mind children have more sensitive skin than adults. Applying chemicals to your child’s scalp may have some serious long term side effects. Try to find ways to embrace your daughters natural hair . We already don’t spend enough time with our children, why not spend an hour on their hair, at least it will give you some time to bond.

Can you tell us more about the Toronto Naturals Hair Expo? When, where etc.
The 2008 Toronto Natrual Hair & Beauty Show, is going to be held on Sunday June 22, 2008 in Toronto, ON at the Japanese Canadian Cultural Centre located at 6 Garmond Court. The cost is $10 in advance & $15 at the door. For more info visit my website @ www.torontonatruals.com

Final thoughs?
I hope that everyone who read this article will get a chance to visit at least one show in Toronto.

Thank you for taking the time to interview me.