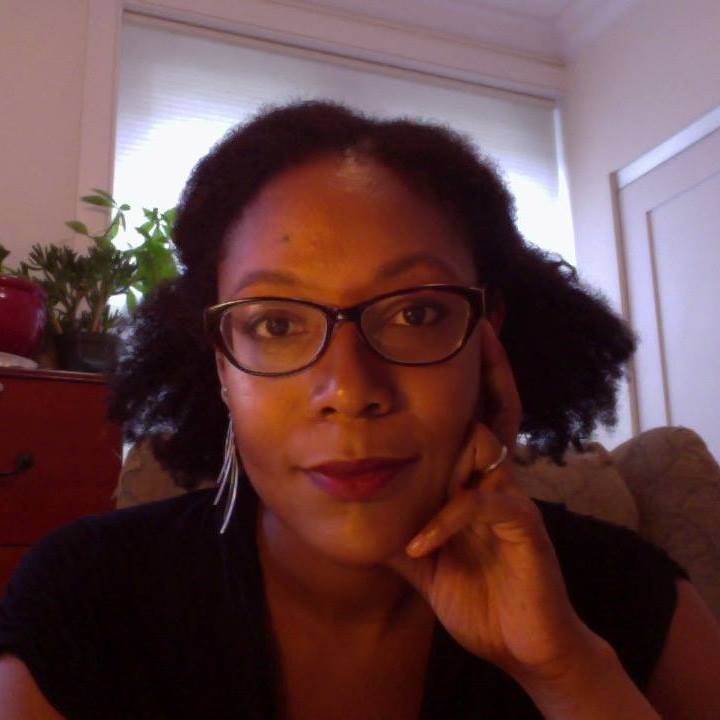 An interview with Gillian Scott, the New York City based Clinical Psychologist, who directed Back to Natural, that opened huge on an international stage and is now playing in New York.

When was the very first world premier of Back 2 natural?
Back to Natural premiered in South Africa at the Mzansi Women’s film festival in August of 2018. It was so meaningful for me to have our first documentary film, premiering on The Continent! Unfortunately we could not attend because a few days after that we had our North American premiere at Run and Shoot Filmwork’s Martha’s Vineyard African American Film Festival.

Which of the festivals was most memorable and why?
All the festivals were exciting and an honor to participate in, in their own way! In Martha’s Vineyard, my parents, sister, cousins, and some friends were able to spend a few days with us during the festival and for the screening.

I think it’s really challenging for family to understand what it meant when, in 2013, I told them “I’m making a documentary.” I remember my mom saying “It’s nice to have a hobby.” I laugh about it now but in my mind I was like, “you don’t understand. this is passion! this is purpose! this is a calling!.” Once my family saw the film, they got it immediately.

The screening was very well attended and it was the first time I was able to hear and feel  a large audience react to the film. I loved hearing the laughs, the gasps, seeing the heads shake! During one particularly moving moment the audience clapped in the middle of the film which was SO powerful because the cast member who they were clapping for, was IN THE AUDIENCE! It felt like such a healing and affirming moment for me as a filmmaker and for the cast member as a person who had to learn to channel their strengths in the face of oppression. The Q&A was engaging and exciting, it was honestly a dream come true experience. 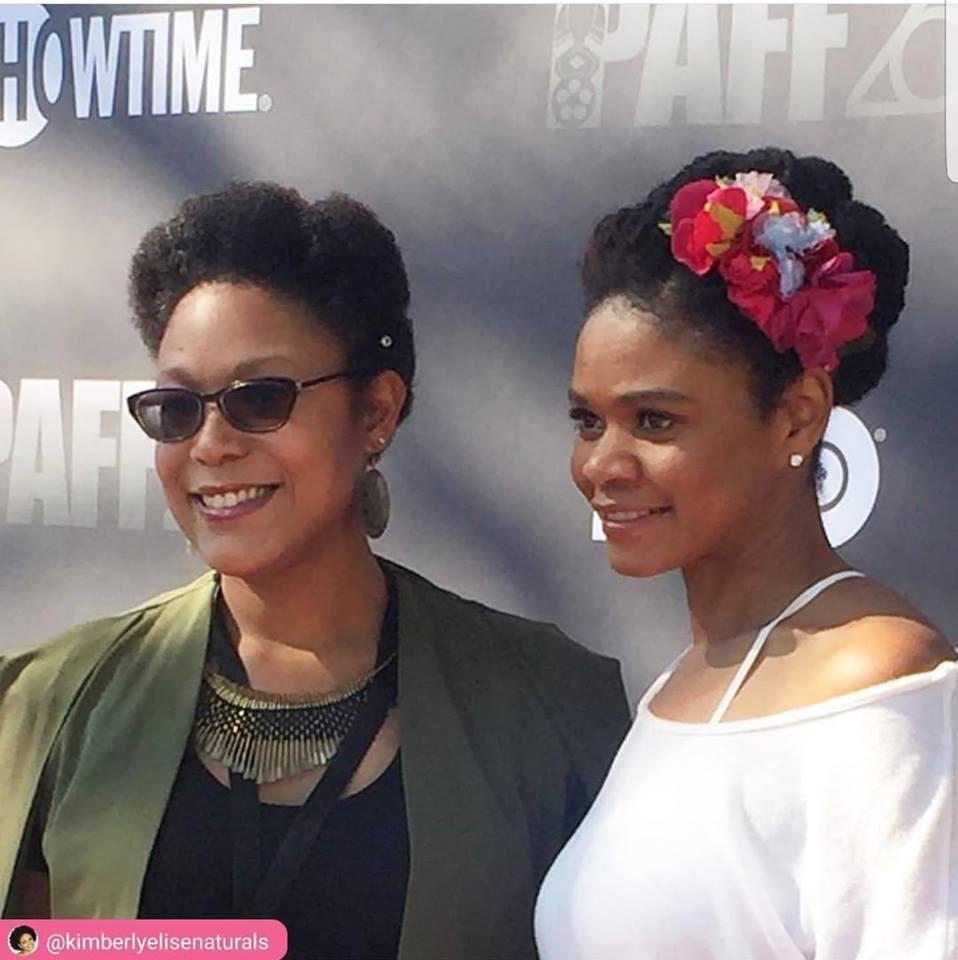 Certainly one of the most exciting festivals was the Pan African Film Festival in Los Angeles. Prior to heading out to LA in February, Amaechina Anyanwu, the founder of LA Naturals, the largest natural hair meetup group on the West Coast with over 1,200 members reached out to me to collaborate with the screening. She was able to connect us with Kimberly Elise, renowned film & television actress (from films Dope, The Manchurian Candidate, and Set It Off, & Death Wish). Ms. Elise is also the Owner of her own hair care brand that includes Kimberly Elise Naturals Kinky Coily Care Kit, a 4-step natural hair care system formulated for Kinky hair textures.

It was an honor to have her there with her business partner and daughter, Ajableu Oldham for the screening and then a brunch afterwards where we were able to connect emotionally about these issues with members of LA Naturals.

Can you please describe the event when a woman tried to convince you that our hair issues had nothing to do with racism?
Back to Natural was recently screened at Festival International du Film PanAfricain de Cannes (The Pan African Film Festival in Cannes, France). It was our third time screening in Europe, we have been previously seen in London and Amsterdam. Each audience really has a different personality and responded vastly differently.

In Cannes there was a lot of emotional responses – both positive and negative. One woman, a “film consultant” from Germany, currently living in Senegal, came up to me afterward to tell me I had “gotten it wrong.” The issue was not related to race at all, she said. It was simply a case of “the grass is always greener.” She told me how her German mother would “curl her hair every morning,” which is her mind proves the issue has nothing to do with race. I asked her how she understood her view in light of facts provided that the issue of natural hair impedes children’s participation in school, and getting jobs, and she said that, well, she missed a lot of the movie because she had to take a phone call, but either way, its not about race!

How was the NY premiere?
The first time we screened in New York was also momentous because we screened in Harlem, the place I call home. We had a much more racially diverse group in NYC than we have had at other screenings and it was very powerful for me to see the shift in awareness in the eyes of viewers! It’s as if a whole new way of understanding the world has opened up. That to me is also very powerful

Where do you go from here?
I am continuing to apply to and attend film festivals, globally. I want to continue to get our message of understanding, strength and healing out into the world. I am also organizing a college/community center tour where we bring the film to different communities and offer an accompanying Strength-Based, Healing workshop where viewers can more deeply explore their experiences with hair and learning concrete tours for accessing our strengths in the face of adversity,

What is the goal of this documentary or what do you hope to achieve?
I hope to be a part of the shifting of a different consciousness about hair; it’s not about getting everyone to “be natural”. It about changing cultural and LAW so that Black people can have more choices about how they live and present themselves in the world and aren’t effectively forced to present themselves in a way that may not feel authentic or natural. Parent’s of Black children should not feel forced to expose their children to toxic hair straightening chemicals that we now know are connected to cancer, reproductive issues, and other really serious health conditions. I hope that people will see the benefit and value of teaching children to love and accept their hair and how that is directly related to their ability to accept themselves, feel positively connected to their race, and success in academics and work. 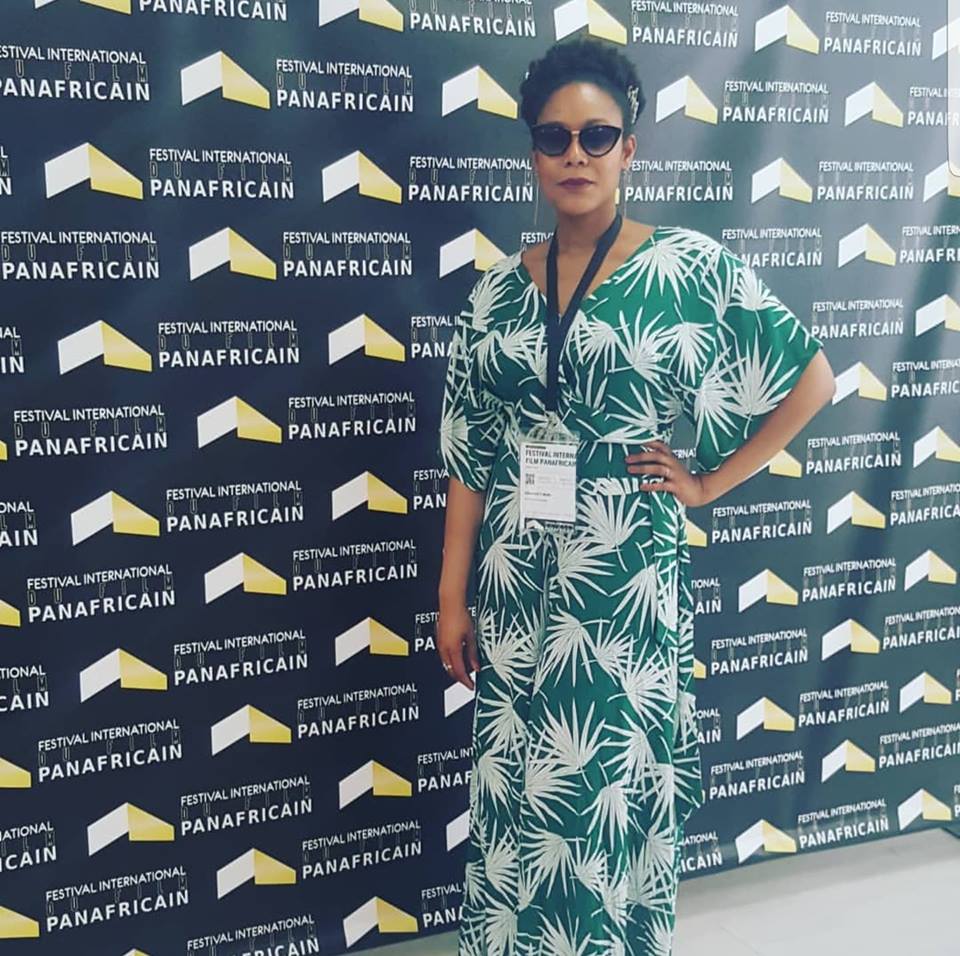 How did you deal with the change of being a natural after you did the big chop? How has it changed you?
Going natural for me has been connected to feeling exponentially more confident, more connected to African culture, and more driven to live a purpose-filled life because I feel more connected to my authentic self. It’s inspired me to speak more to my patients, friends, and audiences about the benefits of authenticity and also how vital that is.

How has doing this film contributed to your work as a Clinical Psychologist?
This film has really shifted my perspective about different approaches to healing. Not everyone is going to go to therapy, or if they do, not everyone is going to connect their relationship to their hair to deeper feelings and beliefs they have about themselves. I always knew documentary film was a powerful tool for healing and change but prior to this film, I never thought that I had the ability to create this tool. Now I do and I plan to continue to make films with the goals of inspiring healing, connection to the community, and tapping into our inborn strengths. 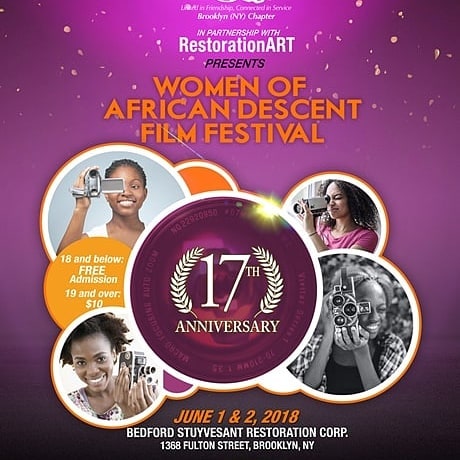 You have two chances to see Back to Natural on June 2nd!! The People’s Film Festival in Harlem (2pm at Maysles Cinema) and in Brooklyn at The Women of African Descent Film Festival (The Billie Holiday Theatre)