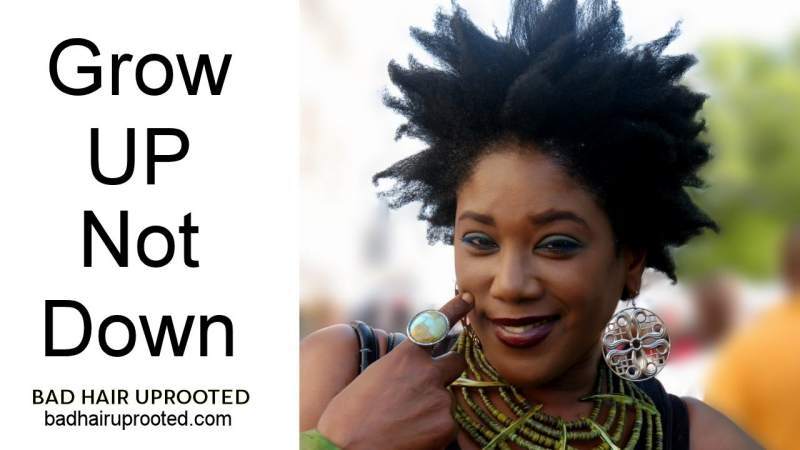 BAD Hair Uprooted, the exhibition that pictures Black Natural Hairstyles will be on display at Boucles d’Ebene at the Au Centquatre-Paris convention center from May 30th to June 1st in Paris, France.

More than highlighting head turning natural hairstyles, the photo montage brings to light the social injustice against African hairstyles. Hairdos like dreadlocks and cornrows, perfectly natural for African strands, are still stereotyped and considered fads unfit for the workplace.

To comply to the general consensus and a company’s dress code the majority of Black women alter their hair. As a consequence an estimated 73% of African American women suffer from relaxer-induced alopecia, a hair loss condition caused by chemical straighteners.

In response to this social injustice the exhibition strives to uproot the idea that natural hair is unprofessional. By portraying African hairstyles in a different light “BAD Hair Uprooted” aims to change the stereotypical perception of natural hair.

Photographer Drs. Mireille Liong-A-Kong known for her bestselling book Going Natural How to Fall in Love with Natural Hair and as an early Internet Entrepreneur who created going-natural.com, has been using her camera to shoot for justice for a long time.

The natural hair advocate started taking pictures of natural hairstyles when she realized that Black people are the only ones in the world who don’t have the fundamental human right to wear their God-given tresses natural. Black people have to go to court to get permission to wear their hair in natural styles.

After being on display in the US in Manhattan and Brooklyn and internationally in Paramaribo, Suriname, Paris, France is the last stop for the traveling exhibition this year.

BAD Hair Uprooted will be on display from May 30th to June 1st. There is an artist talk with Drs. Mireille Liong-A-Kong on May 31st at 11:00 am.