It’s impossible to celebrate Black history without celebrating Black follicles. From the revolutionary Afro in the 60’s to the “too ethnic” braids in the 80’s and the locs (a.k.a Dreadlocks) that still cause controversy today, it is clear that our hair is inextricable intertwined with fighting for our humanness and freedom.

Black people are the only people on planet earth who don’t have the fundamental human right to wear their god given tresses natural and that has to change. It’s a human rights issue that is literally detrimental to our follicles and our psyche.

Thankfully Black History Month allows us the opportunity to look back and celebrate our tresses and those who paved the hair ways to where the styles we see today. Let’s take a look at 20 Significant Black History moments that shaped our Hair legacy.

Celebrated as an entrepreneur and philanthropist, Madame CJ Walker started the first Black hair care business in the 1906. Her hair-care products for Black hair textures didn’t only make her the first woman to become a self-made millionaire in the US. Madame CJ Walker’s products, marketing strategy and education allowed Black women to start their independent businesses.

The hair straightening cream that made the Conk the hairstyle of the 1920’s was accidently invented by Garrett Augustus Morgan in 1909. While he was trying to find a solution to ease friction of a machine, he discovered that the cream straightened hair. The conk was the hairstyle for African American hair with kinky hair until the 60’s.

In 1947 Dr. Nathaniel H. Bronner, Sr., his brother, Arthur E. Bronner, Sr. and their sister, Emma Bronner started the first ever Black hair trade show for professionals. After 73 year the show is still going strong. It is now the largest annual multicultural/multi-textural tradeshow in the United States.

While black people have been braiding their hair in cornrows for centuries, it wasn’t until the 1960s that it was actually seen on television. Cicely Tyson, famous Oscar-nominated actress on “East Side/West Side” was the first black woman to wear the hairstyle on the show. It was this pineapple-styled cornrow that opened the path for black women to wear cornrows in the entertainment industry! 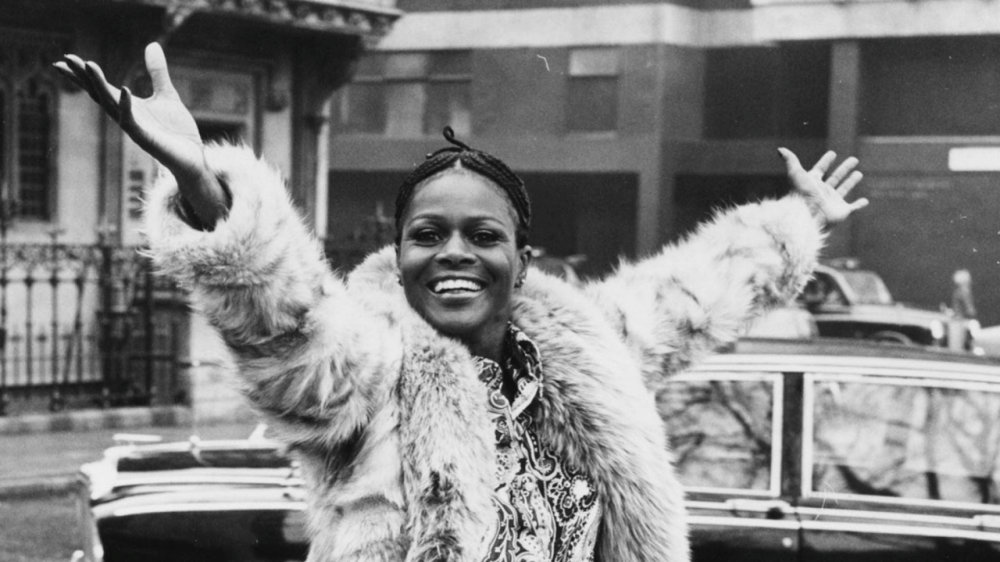 Ultra Sheen by Johnson products in 1954 was the first hair product made for Afros. George and Joan Johnson, the founders, took a loan of $250 to start the business and carried out the creation, packaging, and distribution in their basement. In the 1960s they upgraded to a big production plant, employing over 500 people. By 1971, it became the first African American company to be listed on the ASE (American Stock Exchange).

In 1971 Proline, the manufacturers of Dark and Lovely, launched the first official lye relaxer. The chemical straightener was revolutionary because it allowed Black women to wear their hair straight for months in a row.

‘400 Years Without a Comb’ made in 1973 by Willie L. Morrow was the first natural hair documentary. A very informative documentary and relatable to blacks in the diaspora that opened the pathway for other natural and hair documentaries we’ve seen today. From My Nappy Roots by Regina Kimbell to Good hair from Chris Rock, In our heads about our hair and Back to Natural!

In the year 1985, Ademola Mandella opened up a shop in Brooklyn NY called KINAPPS African Groomers. This was the first natural hair care salon in Brooklyn that provided quality hair care for braids and dreadlocks. The salon also specialized in making African-inspired haircuts that later became major hair trends in the 1980s.

In the year 1988, Pamela Mitchell, a 25-year-old black woman who worked at the Marriott Hotel filed a complaint with the Office of Human Rights in Washington D.C. Why? Mitchell explained that the hotel threatened to fire her if she did not take off her braids and she insisted this was discriminatory.

She won this case as the hotel’s officials were forced to review the hairstyle and eventually allow the wearing of braids! This case opened the gateway for black women to wear braids to work.

In 1993, Lisa Price founded Carol’s Daughter, a hairline she named after her mother, Carol. It was the first product line that was created with natural hairstyles in mind. Not just Afros but formulas to support a natural hair lifestyle. She became the inspiration for many Black women to create their own hair care line.

The first natural hair expo took place in 1997 and was a platform for African women to showcase and celebrate their natural hair. The expo was founded by Taliah Wajeed who is also a pioneer in natural hair care products. 23 years later, the hair expo is still going on!

As the internet grew and became a platform for self-expression and education, Black women utilized its advantages early on. In 2002, nappturality became one of the very first forums that allowed Black women to talk about kinky hair unapologetically. About the same time kroeshaar.com was the first hair website in the Netherlands ever and it so happened that it published articles about natural hair. It was so popular that it launched goingnatural.com an American version in 2004.

In 2005, the news of the most devastating hair case in black history broke. A young aspiring model named Isabella made use of a relaxer that cost her her hair and damaged her scalp. While this probably was not the first hair damage case, it was the first to attract so much attention –especially in the Netherlands!

In 2008, the American’s Next Natural Model was founded. More than to promote natural hair the goal was to take natural hairstyles to the next level. Connecting aspiring models and businesses, the ANNM pageant allowed the world see and support models with hairstyles braking barriers and opening the way for fundamental change. Since 2008 the show has had 236 auditions and over a hundred thousand fans and followers!

In the year 2015, Miss World contestant Sanneta Myrie (Miss Jamaica), wore dreadlocks to the pageant which took place in Sanya, China. The hairstyle got a lot of attention and by August 2015, she won Miss Jamaica. The model told the media that she identified with dreadlocks because it expresses her culture!

In 2019, the New York Human Rights Commission placed a ban on the discrimination based on hair type. This law for hair diversity allows black women in NYC wear dreadlocks, afro and cornrows without restrictions!

In the year 2019, Zozibini Tunzi, a South African won the Miss Universe. Tunzi was on her natural hair during the contest which served as an inspiration for so many black women all over the world!

These 18 most significant moments in black hair history show how far we’ve come. However, the latest cases of young men who couldn’t graduate because of their loced hairstyles, show that we still got a lot of work to do!

For more Black Hair History and to support the work I do check out and buy Bad Hair Uprooted, The Untold History of Black Follicles.

Why you should stop using shampoo on your locs

How to get your locs to shine with the Loc Glove ; No products needed