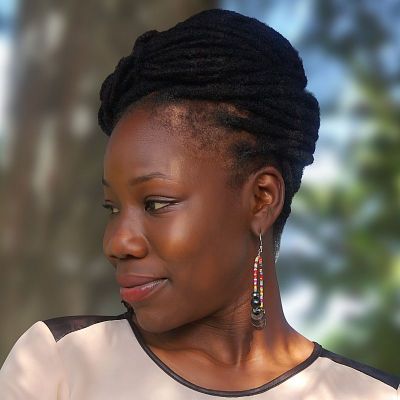 So you thought locs were permanent?

Well it doesn’t happen very often that people take down there carefully grown locs but you can take them down.

Lebone from South Africa, is taking down her 3 year old locs. An insight in why and how she does it.

Your Words is a section devoted for visitors and members who like to share their stories.If you would like to share your story send it to info@going-natural.com and please include at least one picture.

Taking Down Locs
Can you please introduce yourself?
I am Lebone, 31 year-old divorced mom from Johannesburg South Africa. I manage Intranet updates for one of the big 4 banks in the country. I’ve been natural for 7 years.

What made you decide to go natural?
When I started going to gym regularly, I’d rinse my hair out after every workout. As you know, you don’t just rinse relaxed hair out and be done in seconds. The blow drying afterwards, or tying up so no one would see my reverted hair used to drive me insane. After a month of this, I started 3-strand plaiting my hair in little plaits – similar to locs. I’d undo them every 2 weeks, wash thoroughly and plait again. Every 6 – 8 weeks, I’d relax my hair. Kept this going for more than 3 years. During this time, my hair was never loose for more than 2 days. I was getting a bit tired of the maintenance and it was starting to take 6 hours, which was a bit much for a ‘low-maintenance’ style. I then decided to get locs, since they would still look the same as the plaits and they would also serve the same purpose. I guess I went natural because I wanted a low-maintenance routine for my hair. Locs were the logical option since they were so similar to relaxed hair. I didn’t think about what It meant to be natural till 6 months into my locing journey.

How long were you natural before you start locking?
I grew out my natural hair for 4 months, then did the big chop. A day later, I got my locs started.

Why did you start locking, did you do it yourself or did you go to a professional? Can you please elaborate?
First Set – Salon – comb coils. I didn’t really like them though. First they were expensive since the only money spent on my hair was to buy the relaxer. I also hated having to go to a salon. They would unravel like crazy and my loctician suggested not rinsing them in-between sessions, that defeated the purpose for me. After some months I started trawling the net for information on maintaining my own locs and that’s how I stumbled upon nappturality.

What method did you choose and why?
First set – comb coils. I just didn’t know better. The only thing I knew about locs was that you go to a salon to get them done and you needed natural hair. At the time, I also thought your hair would have to be less than 2cm long in order to get locs. I got them maintained at the salon at first, then 6 – 8 months later, started doing them myself. The molding crèmes wouldn’t hold for long, so I used beeswax – yes I now know, wrong move. I had major build up and they would still unravel. I would still have a 2cm afro under the locs if I washed/rinsed with too much vigour.

My second set was done using braidlocs. I loved that you could have tin locs using this method. I also liked the fact that you could wash your hair from day one without fear of unraveling. I used finger latching to maintain.

How long after was your hair completely locked?
The first set started budding after 4 months. It seemed that my new growth would take about 6 months to loc – hence the afro under the locs after washing or rinsing too vigorously. After 2 years of twisting to maintain, I started finger latching and I never had the afro again.

My first set was braidlocs, so although they were not fully locked for almost 9 months, I didn’t have any issues since the unraveling was cut to a minimum. I finger latched for maintenance. I still have ends the have the ‘curly-Qs’ that haven’t fully loced yet – 3 years later

This is a quote from the book going Natural, how to fall in Nappy hair:

For many people, cultivating dreadlocks is a holistic experience. Although this does not go for everybody who wears locs, it is without question that locs do have an impact on the person who grows them. Learning to love your hair doing its own thing in its natural state, is a journey that teaches you about yourself, self-love and self-acceptance.

How did growing locs have an impact on you?
Because of my locs, I started to explore more about natural hair. In South Africa, wearing natural hair isn’t such a big deal. There are a lot of people who keep their natural hair, either because they do not have the money to maintain chemically altered hair, their hair has fallen out because of relaxers or other harsh treatments, cultural reasons, or they just don’t care much for relaxers. There was still a perception though, especially in the more financially better-off and educated or urbanized communities that relaxers are better. I remember my mom used sta-so-fro (or something of the sort) – to ‘blow’ our hair when we were your. I guess that was among the first mild texturisers. Good hair has and still is a big deal here too. If you have what is considered good hair, people make a big deal about it. But I must say, one can run around with natural hair without anyone raising an eyebrow, although chemically treated hair and ‘good’ hair are held higher than natural hair.

With apartheid, South Africa divide it’s people into 4 races. White, black, Indian & coloured. Coloured people are mainly mixed people – generations ago – and they were legally better off than blacks during apartheid. They could go to some places blacks were not allowed in, they spoke Afrikaans (similar to Dutch) which was a ‘white-man’s language’. They were mainly lighter skinned, with straight hair, or loose textured napps and were closer to that esteemed ‘white’ standard of beauty that blacks couldn’t attain.

‘Looking coloured’ was, and still is a good thing. Whether it was because you had ‘good hair’ or were lighter skinned, or a combination of both. Good hair meant any hair, even tightly curled hair that didn’t have the z-pattern in it. Because of that, my hair was always considered good hair. Good hair, was also hair that if relaxed, grew long and thick and looked ‘coloured’ (as in the race). My hair grew long, with or without texturisers and had coils instead of the ‘horrible’ z-patterns. So although I’d get compliments about my hair because of the coils or length, I never really realized how this negates ‘black beauty’ until I got on Nappturality.

When I started reading up on locs I noticed that black people were and still are oppressed by the threads that grow out of their head. Only then did I realize that although I though I had no issues with my hair, most decisions I took regarding my hair were based on how ‘acceptable’ my chosen hair style would be. I realized that I relaxed my hair not only because it was the ‘in’ thing to do, but some part of me wanted to show off the ‘good hair’ that I had. And you know there is nothing like a relaxer to do that. I didn’t realize, until I went on nappturality, just how deep-rooted our hair choices are. I guess now I realize that black people throughout the ‘western’ world have the same issues regarding hair. Just the fact that most people, if given the choice, would rather chemically treat their hair than keep their natural tresses. That most of us would rather be caught dead with a bad-relaxed-hair day that a bad-natural-hair day. I hadn’t realized that each and every single decision that I made about my hair, was based on what white people would think of it. Black people actually didn’t matter, it’s white people that mattered. Black people in South Africa generally accept each other’s hair without much questioning. I was more scared of white people thinking I am just as black as any other black person, than I was about looking bad in a particular hair style. That was why locing was such a natural option, and also why I feel this need to wear my natural hair unaltered in any way, whether by chemicals or locs.

I’ve been natural for more that 6 years, but have always had a ‘safe’ hairstyle – locs – throughout this period. I have always admired people who wear their fros – whether combed or wash-n-go. My first thought when I saw them though was that they are probably still in university or are involved in the arts somehow (where being an individual, and being yourself is more acceptable). I work at a head office for a big bank and our office complex has more than 6000 people. I’d say 40% black. Besides TWAs and locs, I haven’t seen anyone sporting their natural hair. Most people have relaxers or extensions – braids & weaves. I guess I’m pushing the envelope a bit, wearing my hair out.

I started taking down this set 2 months ago, one or 2 a night, a few more on the weekends, but being a single mom & working fulltime, studying part time does not leave a lot of time to undo my locs. I now have 25 married locs (only 1.5 inch married) to go. 25 out of 300 done, that some progress. Each couple take me 1.5 hours, so basically, If I can lock myself in a room with a bottle of conditioner, water, and a needle for 3 days, I should be done.

2 weeks. I’ve taken them out before so I knew from the beginning it would take at least 3 months. Also, this set is much longer than my first set, so I knew what I was getting myself into. I am getting pretty impatient though. I can’t wait for my wash-‘n’go ‘fro.

Since I started undoing them, I’ve been wearing a low bun to work. The loose hairs is 2-strand twisted. I undo the twists every 3 weeks, wash, detangle, then put them in again. The rest of the time I wash without undoing the twists. once done, I’ll probably keepo the low bun most of the week and sport a wash-‘n-go on the weekends. As soon as I am done, i will post some pictures.

Whew! All done, for now. I have left 9 locs on the front. I part of me is sad to let the locs go completely. I have no clue what I’m going to do with all this hair. There’s 9 inches of hair – a bit too much to deal with for a new-loose-haired nappster. Today was the first day I wore it to work – I’ll keep the low bun since it’s the only thing I seem to be proficient at.

I need a trim and will be getting it this saturday at a natural salon, might even get it cornrowed while i’m there.

Beyond My Hair Things I wish I Knew ..

Need professional photos for your portfolio?