to an American Classic …

The Afro; from a political do an American Classic

It’s almost predictable to hear an ignorant figure as Don Imus using the word nappy in a derogative manner. However when an editor of a respectable publication like Glamour Magazine calls Afros a no-no, a political hairstyle and a corporate don’t, you know it’s time for some serious schooling. 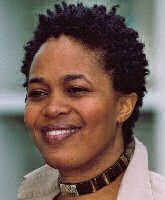 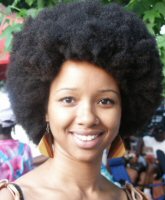 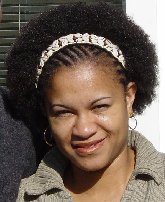 The Revolutionary do
Inspired by leaders of the Civil Rights Movement Black people beginning to wear their hair natural in the 60’s. It was the time when African American’s started to define the world by their own terms, rejecting all kinds of Western idea’s from imperialism to European beauty standards. The afro symbolized Black Pride, self-respect and a sense of self. To proof their points African Americans were sporting their natural hair unapologetically.
This was revolutionary in every sense. It was the first time in 300 years that Black people could expose their true hair naturally. Imagine this after being ashamed of your tresses for generations and hiding them in every way you could think of. This liberated our souls.

From political do to fashion
There is no doubt that white people had to get used to our new do. In the beginning they were quite often intimidated by our bushes and would rather cross the street than witness an Afro from up close. Yet they were not the only ones who had to get used to the Bush. 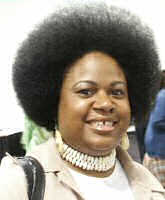 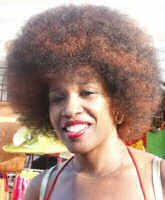 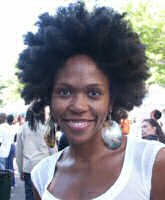 Even people in the Black community had a problem accepting the Afro. Especially the elderly who deeply believed that hair could only be neat if it was fried and laid to the side had to get used to the idea that natural hair could be exposed without shame. Only after movie stars and singers adopted the Afro it became more acceptable. Stars like Jimmy Hendrix, the Jackson Five and Stevie Wonder helped transforming the Bush from a so called militant hairstyle into an accpetable even fashionable do.

However, the bush really made the cross over when Pam Grier pulled a gun from her beautiful huge afro in the famous movie Foxy Brown. From that point on everybody wanted a fro white or black. And so the Afro became the only African hairstyle that ever dominated the fashion world.

The Bush Doctor
Barber Nathaniel Mathis from Washington DC became famous for turning a long hair blond into an Afro wearing lady on live TV. The Bush Doctor as he was nicknamed showed pride in the fact that he could work with all textures. People could hardly believe their eyes and Mr. Mathis was an instant success. His phone rang off the hook. Straight hair women who were not lucky enough to make it to the Bush Doctor used vinegar and other tricks to kink up their hair.

21st Century
Today it looks like the Afro has made a comeback. Occasionally you will see one that resembles the style of the 70’s but we see Afros in every shape form and texture. Not that it matters because the Afro is an American Classic. Always appropriate, never out of style.

HELLO Make an Afro for a special date