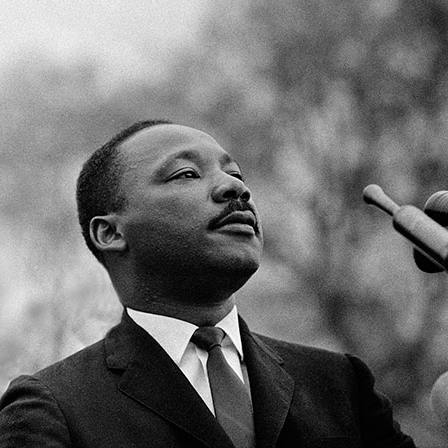 When it comes to Black hair here is an excerpt from from one of Dr. Martin Luther King Jr. speeches we can still learn from. Words from his New Year’s Resolution Speech circa 1964-67: You know, one of the great problems of life is the fact that most people are not willing to accept themselves. They are busy trying to be somebody else.  And many people have been lured into the abyss of emotional fatalism because they just would not accept themselves. Now the principal of self acceptance means accepting your possibilities and your limitations. And so many people fail to do this and they go through life frustrated and bewildered and disillusioned because they have not learned the first principle of personality integration.

You see we’ve been confused on this for a long time.  And it’s time to end the confusion.  My hair is as good as anybody’s hair. I don’t use anything on it.  I comb it and brush it every morning. That’s all I need for mine,  its good hair.  It’s good hair and I accept my hair. It’s good hair, really  it’s good hair… and we have been deceived into thinking that good hair is straight hair . . . and maybe that in the evolutionary process that straight hair is nearer to the monkey and the gorilla and that which is not straight is further away . . .And I’m not worried . .. now you see the thing about black, I’m not worried about that but I do know that we have to work to keep from not being worried about it because our whole culture conspired against us on this.  It made black a stigma.  And the whole linguistic structure makes black something evil.  What I’m saying this morning, in the principle of self acceptance, you got to believe that black is beautiful and that we have a rich and noble heritage however exploited and painful it’s been, self acceptance means accepting our heritage!