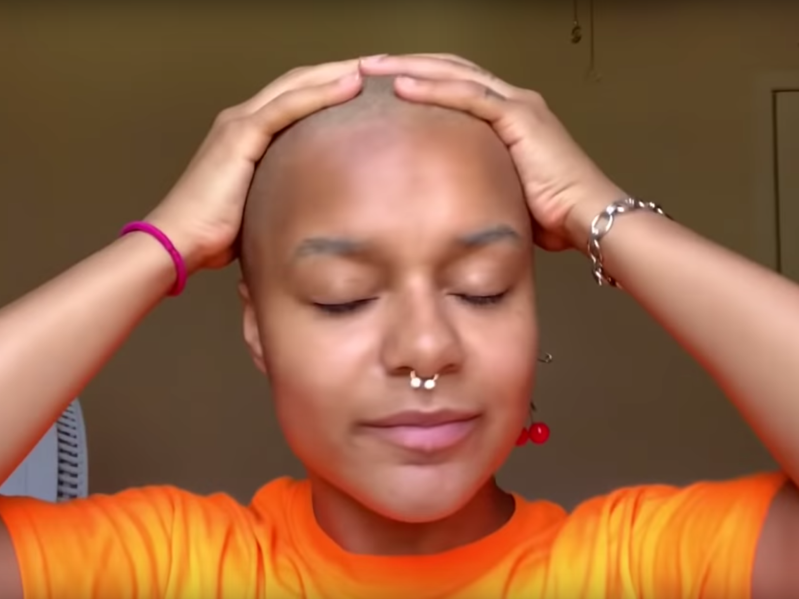 Recently an Instagram star Lori Faith hair came out on a live stream. She dyed her hair then went on to relax it shortly after.While combing her hair through it started to fall out.

In shock she ran to the bathroom to wash it out but that still could not save her hair. Lori stated that she did not want her mom to see her hair as she would make fun of her. She revealed that she is now bald and that it is now one of her insecurities. 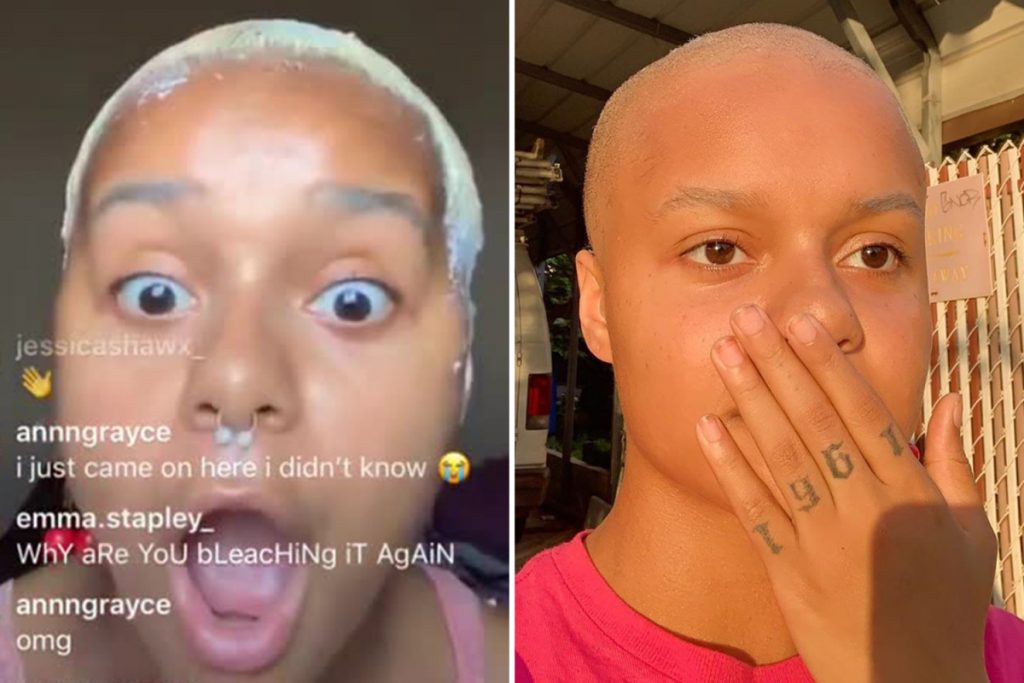 Despite being bald, one fan said ‘Girl you lucky you have a pretty face and a head snap..cause this could of been a real bad’ Another fan said “You look good though”

Although going bald was not on her agenda her fans helped her to be confident in herself as they have been sending kind words to her.

Lori later warned “Don’t put a relaxer in bleached hair, don’t even put relaxer at all unless you’re professional, because this is what you will look like”

“You are insanely lucky that you did not get chemical burns on your scalp,” another person wrote. “Never mix chemicals like that … Like she says, PLEASE go to a professional for ANY chemical processes!”

Since the incident she seems to truly be living it up. She have posted several pictures embracing her bald head and also some in which she wore a pink wig.Lori stated several people had warned her that bleach and relaxer was a toxic combination, but she had been too impatient to wait a few weeks.

She admitted that she did something stupid and impulsive because she thought she knew what she was doing but actually she didn’t. “I feel like this was a good mistake because now my hair can grow naturally.” Said Lori

You can check out her Youtube video in the following link: https://www.youtube.com/watch?v=elnAJ1qHH9o

All she wanted was good hair: https://going-natural.com/good-hair-was-all-she-wanted-3/