Black people are the only human beings on planet earth who need to go to court to obtain the right to wear their god-given tresses natural. Locs, Afros, Cornrows, all perfectly natural styles for black hair as it grows out of follicles, are stigmatized to the point that they are declared unacceptable. Not only in the corporate world but even in schools as we have recently seen in a wrestling match.

New York City has become the first and only state in the world were Black people have the law on their side, to put an end to this type of hair discrimination. Diane Bailey, natural hair care specialist and founder of Emerge NBIA, organized an event to celebrate this milestone which happened on March 26 at Thoughtworks in Manhattan.

As one of the pioneers in the natural hair care business, miss Bailey warmly welcomed guests then elatedly invited Lurie Daniel Favors from the Center for law and Social Justice and Brittny-Jade Saunders from the New York City Commission on Human Rights to the stage. And so the celebration began.

It was impossible for everybody to take the stage but not surprisingly almost everyone in the audience had a hair discrimination story to share. Both women Miss Favors and Miss Saunders did an outstanding job answering questions and laying out in detail how the new Law for Hair Diversity as it is officially called, intend to change these experiences.

The panel that followed next gave a good overview of how professionals from different backgrounds, from hair dressers to filmmakers, are connected in contributing in their own way to the social change that is long overdue for Black women when it comes to hair.

It is a fact that the rules that prevent Black women from wearing their hair natural have been killing their roots for centuries. The last research showed that 73% of African American women are suffering from relaxer induced alopecia which is hair loss related to chemical hair straighteners. This is disproportional by any standard and Black women have been making strides in their own way to deal with the issue.

From the first Afros during the 60’s that sprouted change to the first natural hair salons that seeded new natural hairstyles. From going-natural.com, one of the first blogs that sprouted the online natural hair movement to the youtube vloggers and the Instagram influencers that propelled it, it is clear that Black women have been doing their part.

Although New York City’s law can only help change the experience of people in this state, there is hope that the Law for Hair Diversity will have a ripple effect across borders. It may not be as quickly adopted as the cigarette law that banned people from smoking in public places but with Going-Natural.com celebrating its 15th anniversary and the natural hair movement not slowing down any time soon, there is a good chance that this law will also cross borders. 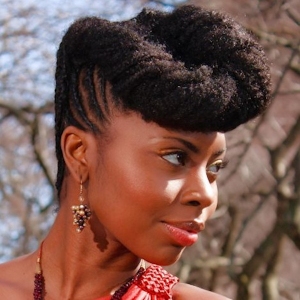 Check out WhatNaturalsLove.com,
the one stop shop for Natural Hair, Black Beauty and Diaspora Fashion