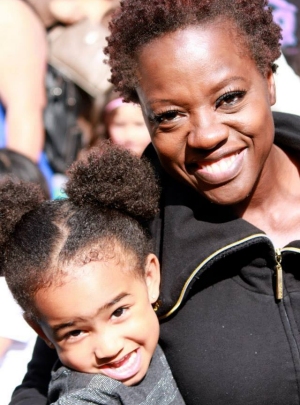 I took my wig off because I no longer wanted to apologize for who I am. There is not one woman in America who does not care about her hair, but we give it too much value. We deprive ourselves of things, we use it to destroy each other, we’ll look at a child and judge a mother and her sense of motherhood by the way the child’s hair looks. I am not going to traumatize my child about her hair. I want her to love her hair.

From the Viola Davis Fan Page

Viola Davis is a critically revered actress of film, television and theater and has won rave reviews for her intriguingly diverse roles. Audiences across the United States and internationally have admired her for her work- including her celebrated, Oscar-nominated performances in The Help (2011) and Doubt (2008). In little more than 15 years as a professional actress, Davis has given her audiences a substantial list of performances, earning a cascade of awards and nominations.