She was the only natural head on the Tyra Show when they discussed the movie “Good Hair.”

Hello Kelley, thank you so much for doing this. I am sure our audience is more than interested in your experience. The hair discussion is not an easy one so everybody just wants to know but let’s start at the beginning. Would you please share your hair-story?

I was a tender headed little girl with extremely kinky hair. I got my first relaxer around age 8. I went on to have a jheri curl at age 12. I went back to the relaxer as I entered middle school. When I was young, my hair gave me all kinds of hints that relaxers weren’t a good idea. Most of the time it was crispy and broken. When I tried to style it, the style would absorb all of the humidity in the world and I would end up looking like a wet puppy. 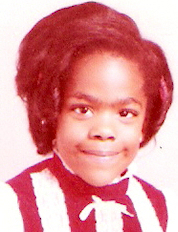 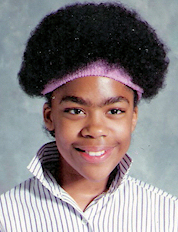 Finally in High School I discovered braid extensions. I just knew they were the answer to all of my “hair problems”. I wore them from 11th grade through my freshman year in College. My hair had outgrown the last relaxer and was very healthy when I entered my sophomore year at the University of Alabama. Unfortunately, I let some well meaning friend convince me to put a Lye relaxer (the brand was Hawaiian Silky, I will never forget that!) in my hair. I thought it was great initially. I got all kinds of compliments until my hair started breaking off in chunks.

That wasn’t enough to stop me from relaxing and for the next few years. I watched it get thinner and unhealthier. 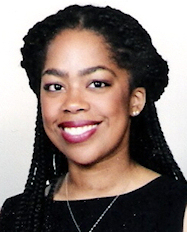 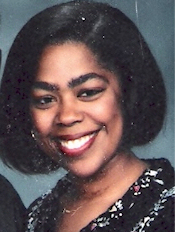 I got married after college and moved to Texas. There I decided to go back to my braids while I decided what to do with my hair.

At age 24 I gave birth to our first son. When he was 3 weeks old, I decided enough was enough and I chopped off the remaining relaxer. Unfortunately, I also had a texturizer put in still believing that I would not be able to manage my hair without it. I wore my hair in natural curly styles, braids, and weaves for the next 4 years.

Finally, in August of 2005, I took out my last weave and had my hair twisted to start my locs. It was THE BEST decision I have ever made for my hair. This is a style that works with and not against the natural texture of my hair. My mom and sister (who also have locs) were shocked at how quickly my hair locked. 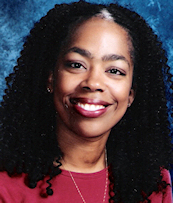 What was the hardest part of your transition?
Worrying about what others would think. Not being sure if I could really “handle” my natural hair.

What is your profession?
As far as career and family, I was a Math teacher until the birth of my third son in 2007. Now I am a full-time wife and mommy and a part-time graduate student. I am working on a Masters Degree in Counseling. I want to work with children and adolescents. My focus will be on finding ways to empower young black women and girls. I want to help build their self-esteem which is often damaged by the societal cues and the words of unthinking friends and family.

How did you get on the Tyra Show?
Well I read a thread on the Nappturality site about the Tyra show looking for natural heads. I went to the Trya Show website and filled out the little online form. The next day I received a call from one of the casting people. She asked me a ton of questions and looked at my Facebook page. I spoke with her for about 30 minutes when she let me know that she liked me and that one of the producers would be calling me back.

At about 10pm that night, the producer called and asked me a lot of the same questions about natural hair, relaxers, and weaves. The producer let me know that they would be meeting with Tyra and that they would let me know the next day if I would be on. It was kind of crazy because these phone calls were taking place on a Thursday. If chosen, I would be flown to New York on Monday for a Tuesday taping. I would then be flown back home on Tuesday afternoon.

I got a message on my phone on Friday that I had in fact been chosen.

Later on Friday evening, they called me back to find out if my husband would be willing to come along and give the male perspective. They got on the phone with him and asked him a ton of questions.

We arranged for my Mom to take care of our boys and flew to NY on Monday morning.
On Tuesday morning we were taken to the studio. They did hair and makeup and we taped the show straight through.

What did you think of the mother who relaxed the child’s hair who was 6? Did it bring back memories?
It did bring back memories. I was told so many times as a child that I had bad hair. All I wanted to do was wake up with a new head of hair. I wanted anything but what was coming out of my scalp. Anyone who says its “just hair” is not thinking about these little girls who never feel good enough.

Do you think things have changed?
Very little. In my little circle, everyone accepts me the way I am. My mother and sister both have locs and we think we are the bomb! But outside of my bubble I still hear the phrases, “good grade of hair”, “nappy-headed”, “she got that bad hair”. As long as this mentality still exists, nothing will change.

On one of the blog sites they called it child abuse to relax a child’s hair at such a young age. What is your opinion on that?
I would not go so far as to call it child abuse. I believe it is a lack of education. These people need help to learn how to maintain their child’s hair. The problem is, they don’t even know how to manage their own natural hair.

Do you consider yourself a natural hair advocate? Can you explain?
Yes. I never want any other little girl to feel like she is not beautiful because she doesn’t meet society’s standard for beauty. Grown women can do whatever they want with their hair. I want to be a role model to the young women and little girls who don’t have a choice.