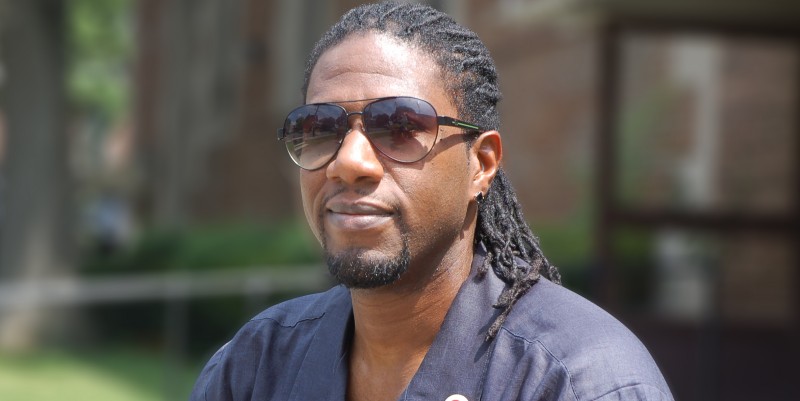 Elected official Jumaane Williams, a supporter of equal hair rights, has taken this a bit further and has put his weight and image behind the Shooting-for-Justice exhibition.
The New York City Council Member, who has dreadlocks and represents the people of the 45th District in Brooklyn, is featured in BAD HAIR Uprooted, an exhibition that celebrates Black follicles and highlights the social injustice of unequal hair rights.

The goal of the exhibition is to change the stereotypical perception of African hair. Black people are the only ones on planet earth who don’t have the fundamental human right to wear their god-given tresses natural, says Photographer Drs. Mireille Liong-A-Kong.

Council Member Williams who is proud of his heritage fully agrees with the statement. As a co-founding member of the Progressive Caucus and a member of the Black, Latino & Asian Caucus Mr. Williams compares wearing his loc to wearing a yamacha. Both are expressions of a person’s cultural and spiritual pride.
Robert E. Cornegy, another Council Member with really long dreadlocks is also featured in the exhibition.

Liong, Social Entrepreneur and founder of going-natural.com, has been using her camera as a weapon to change perceptions one shot at the time for over a decade.
Her captive portraits of head-turning natural hairstyles did not only play a fundamental roll in the natural hair movement we see today, the images are featured on billboards and in magazines around the world.

Liong’s eclectic collection of Black natural hairstyles has not only been on display in her home country Suriname but also in Paris, France and in the UK. Now the BAD Hair Uprooted exhibition is back home in Brooklyn New York.

The opening which includes an artist talk is on August 6 at 7 pm at the Art Civic Lab gallery 456B on Nostrand ave. The event is free but space is limited so please RSVP for the exhibiton.