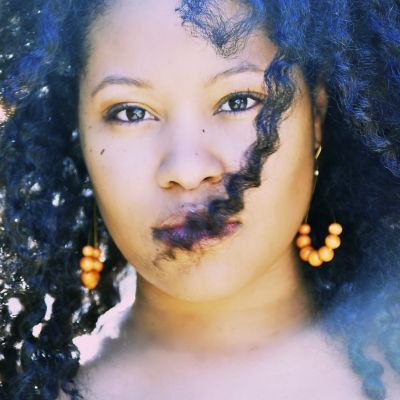 By season three of the competition things started to fall in place. Not only was Jamaica Mango & Lime happy to sponsor another year, Imani Jewelry sponsored one of a kind jewelry and Sade Skin Care makeup. On top of that there were some serious designers who sponsored their fashionable clothes: Bweela Steptoe, Melissa Lockwood, Rodney Alexander, Denise Goring Artwear.

From the start it was clear that the competition of 2011 was going to be incredible. Nina Ellis-Hervey who already had a successful video channel was in the competition but so were Timolin Jeffers a seasoned model from brooklyn, Raven Hardy who also had modelling experience, Munya Magande with beautiful long locs and Ebony Clark a full figured real estate professional who decided to give America’s Next Natural Model a try.

Although all the models were in it to win it there was a comradely among them that I had never seen before. That didn’t make it easier to pick a winner though. In the end the judges choose Ebony Clark as the winner.

Ebony Clark, the winner of America’s Next Natural Model season 3, didn’t just have amazing hair. The full figured model took stunning photos week after week. She got the most respect when she pulled through even when her grand mother died and she had to travel to another city for the burial. That seriously raised the level of the competition to another height while also adding depth to this pageant. Ebony taught me that if one wanted the title of America’s Next Natural Model one needed to be wiling to sacrifice.  Thanks Ebony for raising the competition yet another level.

Ebony Clark, America’s Next Natural Model 2011
I’d love to let the other models know that I enjoyed being apart of this with them. Although I only spoke to a couple of them personally, I felt a connection in some way or another to each one of them. They are truly beautiful and inspiring! Thanks to the judges for the time taken to provide feedback.

Thanks to you Mireille for hosting something so beautiful…I’m very appreciative to everyone who voted and supported me. I don’t have enough words to express my gratitude. I appreciate ALL the love, wishes, prayers, positivity and support. Thank you!!!! Much love, joy, and peace to you!! Read the complete interview at Ebony Clark, ANNM 2011