LeAnne Dolce founder and publisher of Naptural Roots Publishing and Jordan’s Treasures. Here is her bio.

END_OF_DOCUMENT_TOKEN_TO_BE_REPLACED 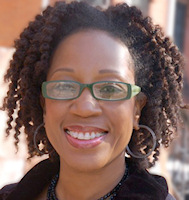 END_OF_DOCUMENT_TOKEN_TO_BE_REPLACED

A true pioneer in every sense Ademola Mandella started the first ever natural hair salon in Brooklyn, NY back in 1985. I like to think that his initiative was key to where we are now.

END_OF_DOCUMENT_TOKEN_TO_BE_REPLACED

Anu Prestonia owner of one of the famous and history making salons. Here is her bio.

END_OF_DOCUMENT_TOKEN_TO_BE_REPLACED 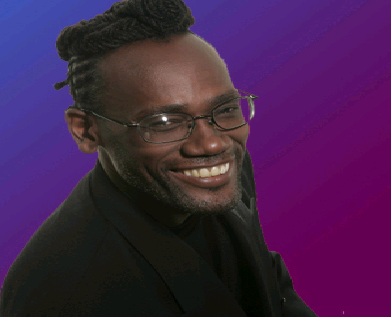 Beyond the gates of Guyana in 1973 Orin Saunders decided to embark on America.

After he re-united with his mother in the United States Orin began his studies in architecture and computer science. He became disenfranchised about the architectural profession do to constraints of prejudice with faculty and peers. Orin didn’t lose his momentum he considered relocating to Atlanta. His brother introduced him to a fellow colleague Byll Lester (Ademola Mandela).  Byll offered Orin a position as bookkeeper in his enterprise Kidnapp’s the first natural hair care salon offering professional loc-services. After contemplation Orin took Ademola up on the offer. He found culture…fashion and innovative people in his intimate surroundings which became a part of his driving ambition.

Along with his position as bookkeeper he also began to delve his hands into the patron’s follicles. Through the terrain of tender heads and hearts he saw the need for going “back to basics”. Which not only included healthy hair care but hospitality and humor for people of African descent being a visionary he eventually opened his own establishment Locks and Chops @ 365 W.34th St.  Against the odds of perms…pressing combs and weaves Locks and Chops has been established now for 20 years. In Orin own words “Natural hair is the best on the planet” by default and a detour Orin is one the most sought after locticians. He came “to serve” inclusive of his local patrons he has serviced such famous clientele such as: actress/Ericka Alexander songwriter /Siedah Garrett and singer/Brenda Russell. Orin was instrumental and supportive in creating the hair care book “Authentic Hair”.  He has also been recognized in the acclaimed book “Men of Color” about the fashion fundamentals of black men. Orin is an inspiring revolutionary as well; he facilitates for the “International Black Summit”.