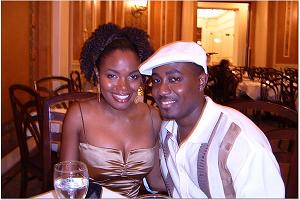 Like many other black women, relaxing my hair was entering a rite of passage into womanhood. In the fourth grade, I stopped pressing/hot combing my hair after my hairdresser asked me if I wanted a perm to avoid my hair reverting to frizz. 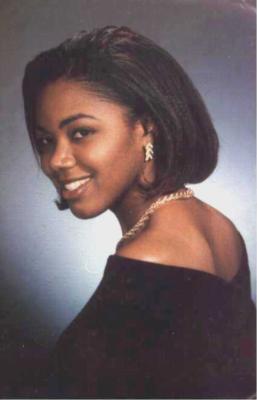 Like many other black women, relaxing my hair was entering a rite of passage into womanhood. In the fourth grade, I stopped pressing/hot combing my hair after my hairdresser asked me if I wanted a perm to avoid my hair reverting to frizz. From what she described, my naive mind thought that it would resolve me having to go to the beautician. What had become a sign of womanhood had grown bothersome because I just wanted to get up and go–so much so that I embraced the idea of having my hair permed. I thought the results of perming were… well for lack of a better word, more permanent. Little did I know that this chemical process would still mean me having to visit the salon at least every 4-6 weeks to do the whole process again, which would leave my hair brittle, lifeless and perpetually the same length.

The ironic thing however, was that I never really coveted straight hair. Sure, I remember as a child I would drape the hood of my jacket on my head–and not put my arms through the sleeves–so that I could swing it from side to side and simulate straight hair. I’d pretend to be a chick on the Jordashe commercial. But to me that was more about playing pretend than a deep desire to have straight hair. When I transitioned from relaxed to natural, to some degree I had to decolonize my mind to embrace afro-textured hair, but it came with ease because my mom had instilled in my brother and I a love of our African ancestry.

Raised in the diverse New York City, my mom took advantage of its cultural resources. She would take us to museums, open forums, and artistic events for us to get a deeper sense of our heritage prior to slavery. I remember when Nelson Mandela was freed and was visiting the city, we practically followed him to each site, and I recall waiting for 3 hours to hear him speak in Harlem in a sweltering August heat. Given an appreciation for my ancestry and the African diaspora struggle since childhood, it was no wonder that I embraced my hair roots as well.

I had a best friend who rushed to go to the salon when she felt the crinkle of new growth. But I always found it more interesting when my new growth arrived, and I would often play with it. Contrary to relaxing to have straight or Caucasian-looking hair (which I never thought it really did), I relaxed my hair to avoid breakage of the two textures and to retain my length. While some argue that they relax because it’s easier to take care of, I found much stress in the things that I couldn’t do: wear it out on rainy or inclement weather, wear it in a French braid or roll (it would cause breakage), use barrettes (due to more breakage). And then there were the things I had to do: wear a silk scarf, wrapping it (the technique in itself was challenging) and praying that the ends remain in tact so that when I unleashed the wrap the next morning the ends gently tucked under with no 90 degree angles. I also had to endure a 5 hour wait at the salon because I HAD to get the Domican Blow out at the most popular shop in Brooklyn. 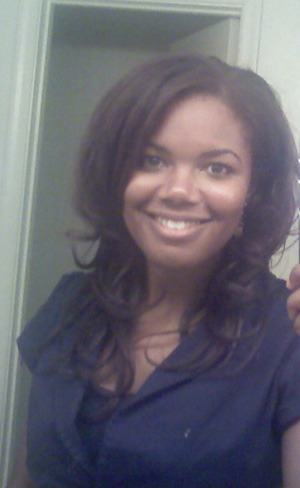 But after years of relaxing, I realized that my hair would never get to a healthy length using lye–the same chemical used to break down hair that clogs up sinks. when I graduated college at the break of the new millenium, I decided that I would turn a new leaf and allow the world to see the authentic me. 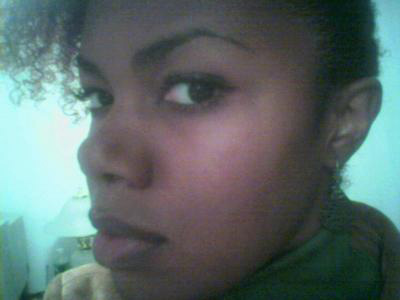 The most difficult part of my transition to natural hair was learning what my hair could and couldn’t do. It took much experimentation, with different products. However, as far as natural hair styling was concerned, I fortunately had one friend who had made the transition before me, so I knew about double twisting, which could be released–(twists-outs as they’re now so popularly labeled). However in 2000, it was still relatively new for African American women with white-collared jobs to wear their hair this way. Since I had just graduated from college and was interviewing for the first time, I was nervous about how my interviewees would receive me.

Although a family member, who wasn’t fond of my hair, thought that my natural would deter employers from hiring me, I kept getting compliments on my hair during my interviews. This was one of my happiness moments. I was also happily surprised to get double-takes from black men, who I mistakenly thought would not like my new ‘do. However, I think living in the city with all of its creative residents and diverse backgrounds had contributed to all of this acceptance– many things that stand out are admirable. After landing a job at a Fortune 500 company and having coworkers rave about my hair, I knew that I would never let others attempt to determine my fate. 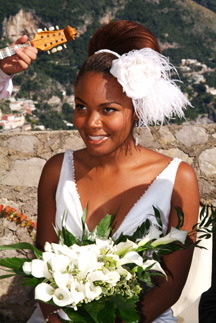 Now eight years later, I am still learning things about my hair as well, surprisingly. I answer questions about natural hair-maintanence when strangers approach me, and encourage them if they say that they want to give up on the transition. But I don’t preach about going natural or frown upon those who relax. I don’t allow hair to consume me, and enjoy my growth internally. I have a passion for the Arts, especially music, and I’m discovering the artistic community in D.C./MD/VA area. As a Brooklyn native who’s relocated to a VA surburb due to love–I got married in 2006–I have found my new lifestyle very challenging. But I’m always hungry to meet positive, down-to-earth people who are enjoying the chapter in their lifes but are yearning to get to the next level.