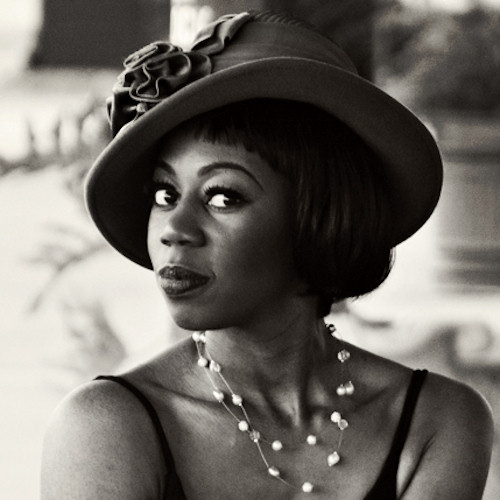 The Harlem Renaissance always intrigued me while growing up. Since I am a lover of artistic expression it’s easy to see why. It all started in 1920 when many African Americans participated in the Great Migration from the south in search of greener pastures up north. Harlem, New York became the epicenter for many legendary leaders and prominent figures of our culture today. Who knew this time period would develop a stroke of genius in the music, art, theatre, and literary realm.

During this time, African Americans were confident in the gifts God had given them and the world would feast upon this display. Madam C.J.  Walker was a pioneer for African American women and hair care.  Walker developed a company and brand that allowed women the opportunity to become hair culturists and grow their hair successfully. She died in 1919, but before her death she bought property in Harlem, New York to anticipate the demand for her hair care products.

A’Lelia Walker, who is the only child and daughter of Madam C.J. Walker, carried on the legacy and was a well-known philanthropist and established figure during the Harlem Renaissance. My Photographs: A bob haircut, short skirts, and make-up became the fashion trend during this era. Many women with long hair volunteered to sit down in a chair and chop off their locks. Bold hats, fierce coats, and elegant dresses also made a statement that announced to the world beauty and class reigns.

My dress represents the style of a woman considered a flapper. A flapper was a regal rebel that was independent and full of life. So when I think about the Harlem Renaissance woman I visualize someone who is fearless. She is uniquely gifted and not afraid to show the world that she is black and beautiful. African Americans were embracing themselves in the 1920s, but when the Civil Rights movement emerged it was evident that change was needed to reconstruct our identity in American society.

We were no longer viewed as worthy human beings but a race that should accept unequal rights. African American women played a critical role in providing organization skills and spreading political consciousness to hasten our freedom.

I wanted to pay tribute to the leaders of this era through my style choices. For example, I am giving the black power salute to show respect for John Carlos and Tommie Smith of the 1968 Olympics. They stood for what they believed in and wanted to show the world there is more work to be done in regards to American equality.

My afro is homage to Angela Davis the civil rights activist. Although my natural afro is not as big as Angela’s I am working on my growth. The dream poster represents the legacy we must continue in honor of Dr. Martin Luther King, Jr. Challenge Synopsis: It’s easy for me to dive deep into knowledge and quite challenging to pull myself away from so much information. Adhering to the words of my college professor, I maintained to keep it simple for this assignment and focus on two styles.

I thoroughly enjoyed this challenge and hope you gain a valuable perspective about my image as a natural hair model. Sources: A’Lelia Bundles, On Her Own Ground: The Life and Times of Madam C.J. Walker (New York: Scribner, 2001); http://www.madamcjwalker.com/bios/alelia-walker/ The USA in the ‘Roaring 20s’. Encyclopedia of North American History. 2010. History Study Center. Web. 30 Jan. 2013. Mankiller, Wilma Pearl. The Reader’s Companion to U.S. Women’s History. Boston, MA: Houghton Mifflin, 1998. Credits: Photography – Tiffany Kowalski Photography Make-up – Felicia 1920s Dress – This dress belonged to my grandmother and my mother passed it on to me. 😉